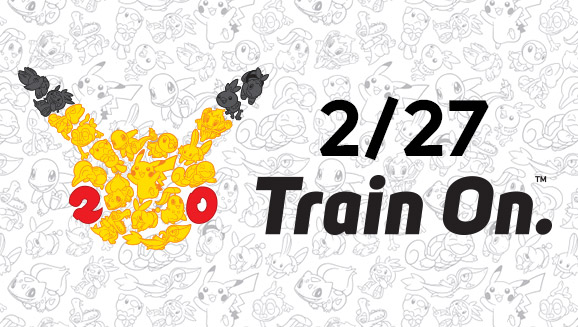 In Japan on February 27, 1996, people were first called to be the very best, like no one ever was. Now, 20 years and a handful of games later, Pokemon is celebrating its big 20th birthday and lasting legacy.

Live-streaming platform Twitch is playing a big part, hosting a day-long event on Twitch’s Pokemon stream honoring the game this weekend, along with a 24-hour mega-marathon of highlights from the game’s anime companion.

The event, which starts at 10AM PST on Sunday, February 28, will include discussion of the literally hundreds of Pokemon now in the wild as well as gameplay and interviews. Once that wraps up at 6pm PST, the channel will launch straight into the anime, including movies and special fan-favorite episodes.

Matthew DiPietro, SVP of Marketing at Twitch, said that the celebration was notable for how it approaches the video game-oriented community:

“The Pokémon marathon is notable for more than being a beloved show that fits perfectly into our community’s wheel house; like the success of Bob Ross’ show on our platform, it affirms the value of Twitch as a destination for linear community-driven appointment viewing. By bucking the notion of binge watching in isolation, it offers a social video experience valued by the Twitch community which is absent from the current media environment. Pop culture has essentially turned over a new leaf with millions watching it happen.”

Of course, Twitch isn’t the only company getting in on the action for Pokemon Day. It’s also the official release date of ‘Pokemon Blue,’ ‘Pokemon Red‘ and ‘Pokemon Yellow‘ for the Nintendo 3DS — and you can pick up a special-edition New 3DS handheld if you’re lucky.

There will also be special features in the new ‘Pokemon Photo Booth’ for iOS and Android (launching soon) to commemorate the event.

So get ready to feel all the nostalgia feels.

UPDATE: An earlier version of this story listed the events starting at Eastern Time. This was an error on the website, and changes have been made to reflect that the events take place on Pacific Time.

Read next: Google Fiber will serve San Francisco with aid of existing infrastructure