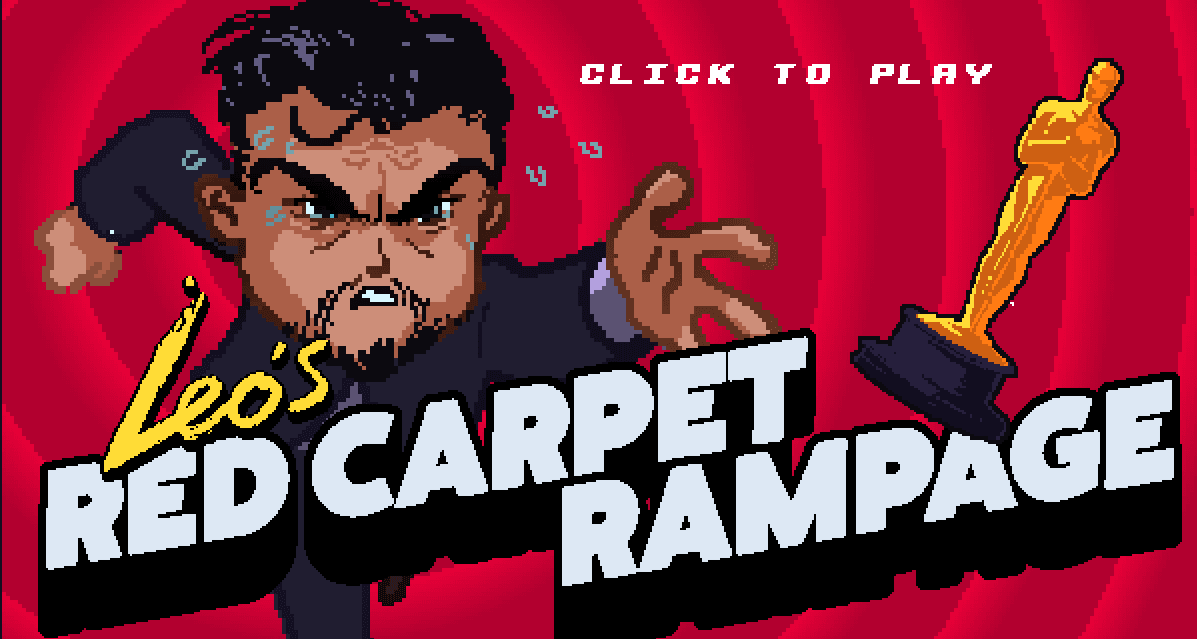 Leonardo DiCaprio has been nominated for an Oscar five times and has never managed to win the award. This year he is a frontrunner to nab the best actor title for his role in ‘The Revenant’ so the team at The Line animation studio have created a game to commemorate his battle with the awards ceremony.

‘Leo’s Red Carpet Rampage‘ is an 8-bit browser game that shows the actor trying to outrace everyone on the red carpet to catch his prize. Some of the people he has to pass include Matt Damon, Michael Fassbender and Eddie Redmayne.

As well as racing his fellow actors, Leo has to battle with challenges from his movie roles and other key moments of his career. In one level he has taken one too many quaaludes, like his character in ‘The Wolf of Wall Street’ and in another he trips over Lady Gaga on the red carpet. Other obstacles include paparazzi and the iceberg from ‘Titanic’ even makes an appearance.

Another level sees him trying to find the only black nominee at the Oscars, alluding to the controversy over the lack of diversity at this year’s awards.

Although DiCaprio looks set to finally pick up the award this year in real-life, this game is a lasting Web artefact to a life that doesn’t always go quite as smoothly as the movies.

Read next: Homer Simpson will perform live in your living room this May