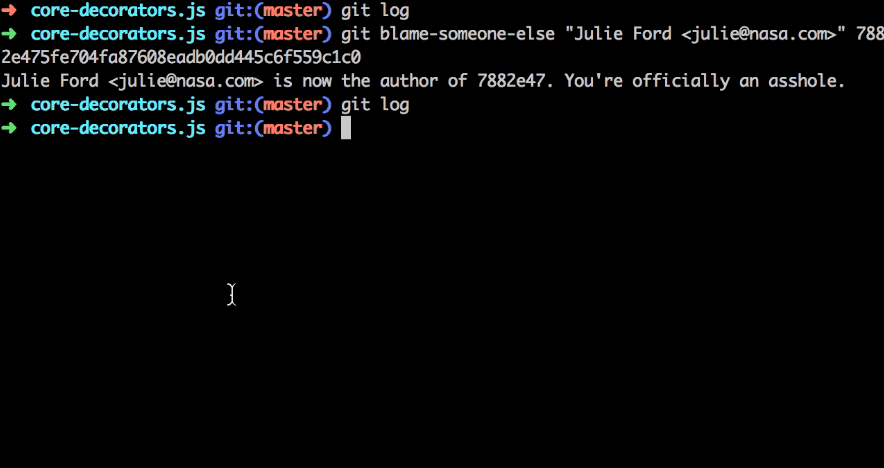 A cheeky coder on GitHub has built the tool that could bring genuine havoc to the programming world: git-blame-someone-else.

The hack lets you not only change the person who authored the bad code in question, but also the listed committer on GitHub too.

The creator Jay Phelps says he wrote it as a joke and to prove it works, created a fake commit dressed as an approval message from the creator of Linux, Linus Torvalds

“Please don’t run this against your production repo and complain if this script deletes everything,” he said.

Enter SilasX who’s released: git-upstage. This code lets you claim credit, with a “smarmy message,” for work you didn’t do, backdated before the other person finished.

These projects have prompted conversation about whether GitHub finally needs to enable people to sign their code commits within the Web interface.

➤ Blame someone else for your bad code [Hacker News]

Read next: Why women are probably the best coders on GitHub