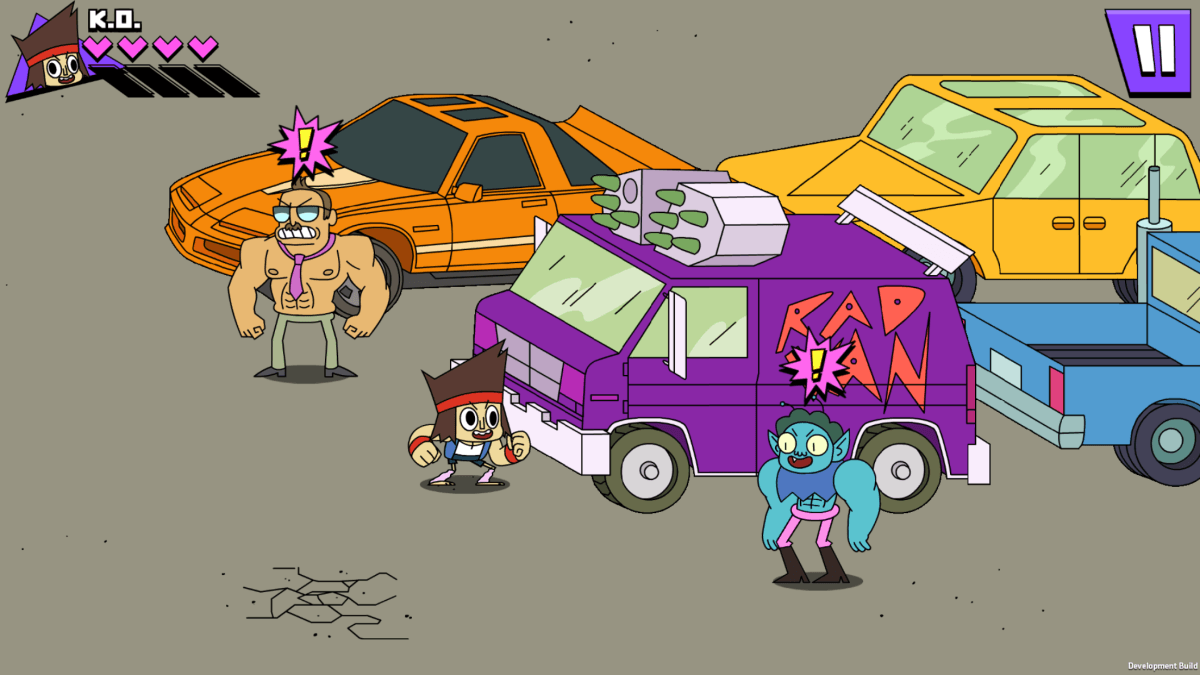 Back in 2013, animator Ian Jones-Quarterly created a pilot for Cartoon Network called ‘Lakewood Plaza Turbo.’ The pilot didn’t go anywhere, and eventually Jones-Quarterly became the creator of successful cartoon ‘Steven Universe.’ But now, Cartoon announced that the world of Lakewood Plaza would serve as the backdrop for its very first original mobile game.

Called ‘OK K.O.! Lakewood Plaza Turbo,’ the free-to-play iOS and Android game is heavily inspired by beat-’em-up style action games like ‘Double Dragon.’ Featuring original artwork by Jones-Quarterly, the game also includes interstitial comics that help push the storyline forward. In a lot of ways, it is Cartoon Networks’ attempt to engage in original storytelling beyond the television.

Additionally, Cartoon Network is holding its very first indie game jam in Portland, inviting hundreds of developers to create games based on the Lakewood Plaza universe. While their ideas might make it into the final process, the winners of the Jam will be able to create and produce their own mobile game through Cartoon Network. Runners up may have their work published on the channel’s online portal.

It’s a bold new move for Cartoon Network, which has tapped into an exciting nucleus of animators that have developed important projects like ‘Adventure Time,’ ‘Regular Show,’ ‘Steven Universe’ and other titles. Considering its heavy production of mobile games — offering dozens of free-to-play and premium games based on beloved titles within the Cartoon Network lineup — it’s interesting to see them put effort into a new (if familiar) IP.

Read next: InVision's new Craft suite of plugins for Sketch and Photoshop was built for speed