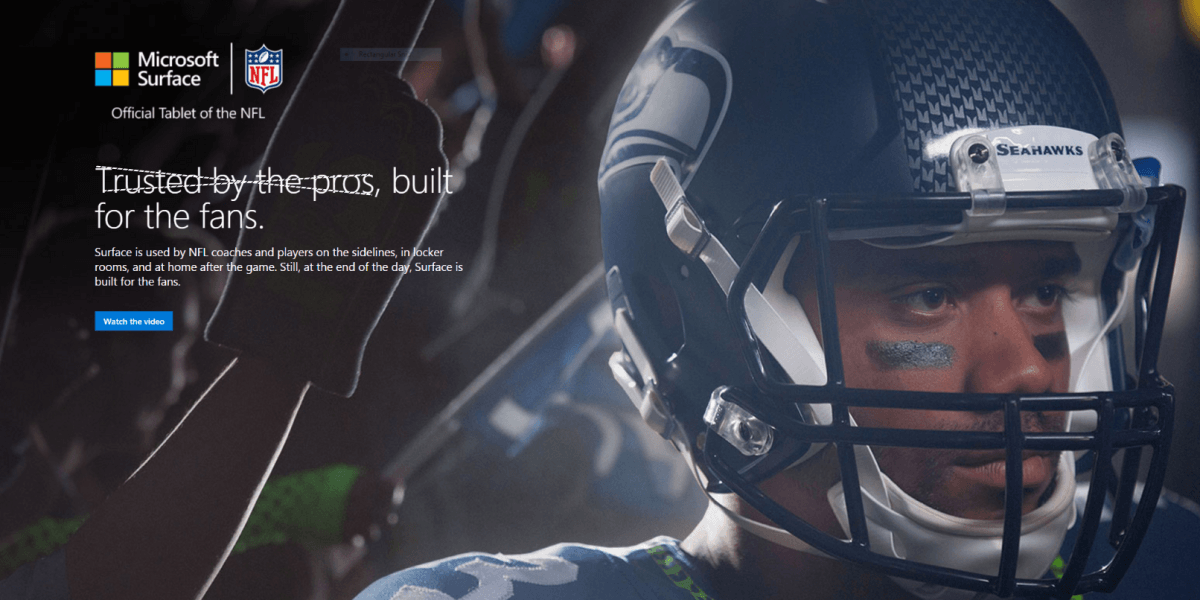 Microsoft is coming under fire today for an embarrassing failure during the AFC Championship game between the Denver Broncos and New England Patriots, as the Patriots’ Surface tablets failed during a play.

Why is a minor tech faux-pas like this embarrassing for Microsoft? Because it’s the official tablet of the NFL. Oops.

According to TechRadar, CBS’ sideline reporter said the problem stopped the coaches from showing images of plays.

“On the Patriots’ sideline here, they’re having some trouble with their Microsoft Surface tablets. That last defensive possession, the Patriots coaches did not have access to those tablets to show the pictures to the players. The NFL officials have been working at it. Some of those tablets are back in use, but not all of them. A lot of frustration that they didn’t have them that last possession.”

It appears to be a one-sided issue though, with the Broncos’ Surfaces unaffected.

In an unending desire to append the word ‘gate’ to any high-profile tech missteps (bendgate, anyone?), people have taken to Twitter to vent their frustration at…wait for it…#tabletgate.

We’ve contacted Microsoft for a comment and will update when we hear back. It’s not a big mishap, but it is a little bit embarrassing for the official sponsor to be called out on air.

Update Jan 24, 18:30 (ET): Several readers have been in touch to say the issue was caused by a more general network problem that happened to only affect the Patriots’ devices, rather than the devices themselves being at fault.

Update Jan 24, 22:56 (ET): A Microsoft spokesperson confirmed to CNET that a network failure caused the issue:

Our team on the field has confirmed the issue was not related to the tablets themselves but rather an issue with the network. We worked with our partners who manage the network to ensure the issue was resolved quickly.

Read next: 9 celebrities who should be on Twitter's board