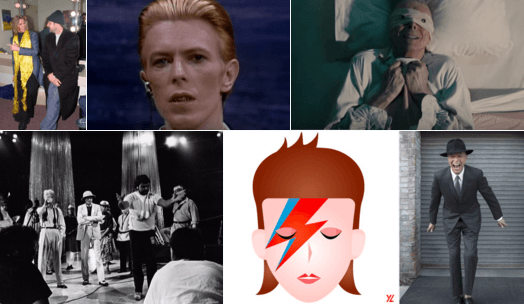 More than 8 million people headed onto Twitter and hashtagged #DavidBowie, with his 1977 hit Heroes the number one track shared on the social network.

Heroes saw almost 1.5 million streams across the world on Spotify yesterday too, lifting the track to number eight in the platform’s global chart.

In total, six of Bowie’s most famous tracks headed into Spotify’s top 30, including Let’s Dance and Life on Mars?, no doubt helped by the legions of fans tweeting about the star’s death.

As well as taking to Twitter, more than 380,000 people shared the news of the star’s death after it emerged on his Facebook page, while the people of Brixton in South London hopped out from behind their keyboards to take part in a mass outdoor singsong.

Read next: Internet Explorer 8, 9 and 10 die today but Microsoft missed a trick with Edge