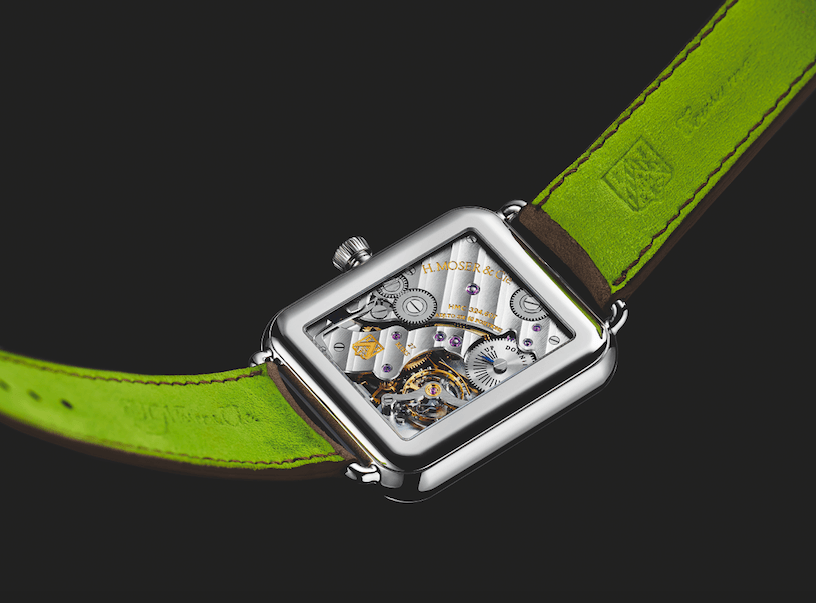 When it comes to devices like phones, computers and tablets, there’s no denying that Apple has produced some of the best designs. However, when it comes to watches, the California-based company loses out to the Swiss, who are longstanding champions of timepieces.

With that in mind, luxury Swiss watchmaker H Moser & Cie has come up with its very own ‘Apple Watch,’ only this one is smart in a different sense.

The Swiss Alp watch looks strikingly similar to the Apple Watch, but since it’s not connected to the Web, the company says it might help you connect with friends and family instead. The ad for the watch says it all really – “Get a life, upgrade to a mechanical watch.”

At $24,900, the Alp watch is significantly more expensive, but if watches are your thing, it’s probably a better longterm investment. By comparison, the most expensive Apple Watch is the Edition, which will set you back between $10,000 and $17,000.

Switzerland has long been the home of watchmaking and it was Swiss inventors that drove the industry to develop self-winding and automatic watches, as well as the first electronic Quartz watch in the 60s.

Even if you’re not about to fork out almost $25,000 for a watch, you can appreciate that H Moser & Cie’s marketing game is on point and really shows what the high-end watchmaking world thinks of Apple.

Read next: MyFitnessPal for iOS now lets you look up calorie counts for local US restaurants