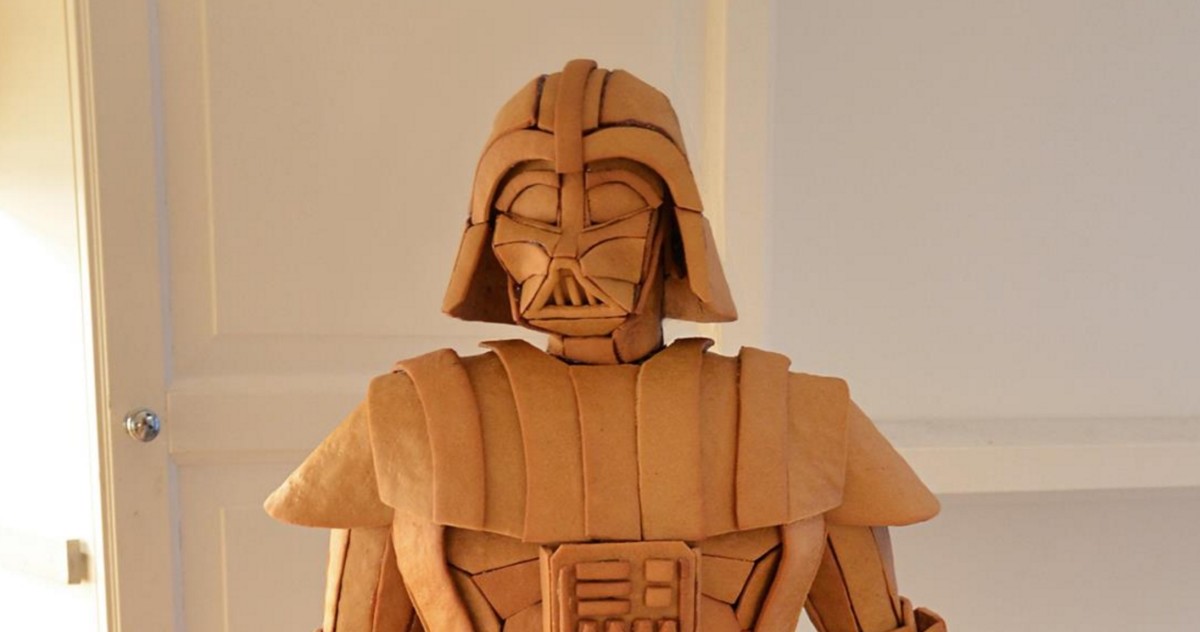 In case you haven’t noticed, there’s a new Star Wars movie. It’s not exactly the most holiday-themed fare though, so Swedish artist Caroline Eriksson set out to create gingerbread Darth Vader and bring a little seasonal magic to a galaxy far far away.

The dark side may be sweeter after all.

It turns out this isn’t Eriksson’s only baking masterpiece. In 2013 she crafted a similar rendition of Optimus Prime (no transforming included), but perhaps more impressive is her incredibly sweet rendition of Smaug last year:

Terrifying and delicious all at once.