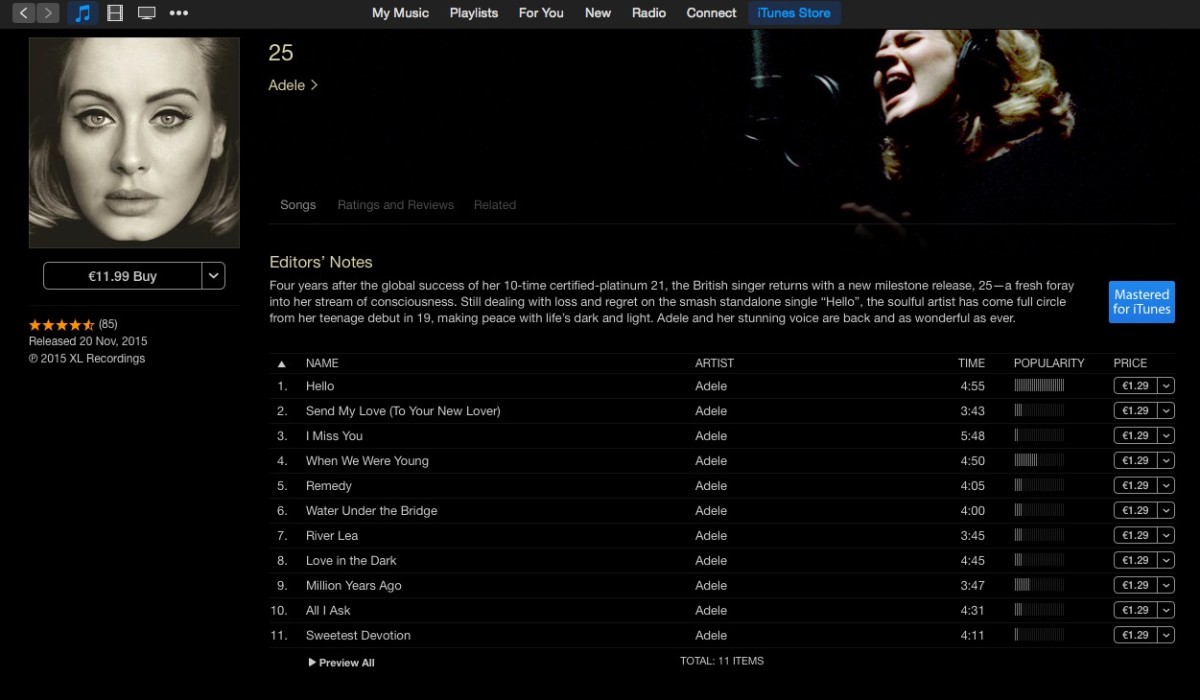 As popular as Adele’s new album is, it hasn’t managed to do the impossible and sell out on iTunes as some people would have you believe…

This image began circulating on Twitter over the weekend and caused everything from admiration to sheer panic as people really thought the album was no longer available.

Well, fear not folks, it is available and the image is just a photoshop hoax. It didn’t sell out or become unavailable at any point over the course of the weekend. In fact, so many people bought Adele’s new album online that it’s now top of the charts in 110 of the 119 countries where iTunes is available.

What’s interesting about this is the fact that so many people fell for the fake image, despite it clearly showing the image was carefully crafted before the album had even been released. The holding page still says “Expected Release” in the pixelated image and there are also no review stars, which would be present if the album had already gone on sale.

A similar panic swept the Web back in 2014 when Taylor Swift released ‘Out of the Woods.’ It seems that people don’t learn from internet-induced pranks and are easy prey for those with even basic image editing skills.

Next time you see a questionable image on Twitter or Facebook, or anywhere for that matter, it’s best to do a little research so you don’t end up red-faced and heading towards being quoted in an article like this.

Read next: Everalbum aims to bring the emotion back to photos