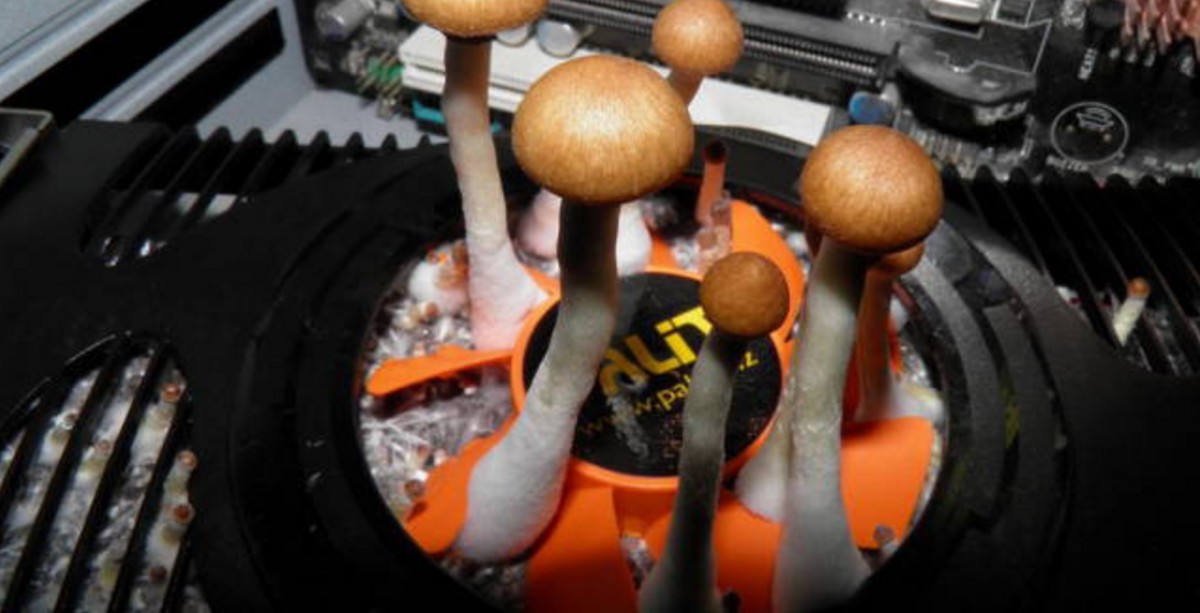 For some reason, your desktop computer won’t turn on. You’re curious why, so you investigate and open up your CPU tower. Turns out your graphics card has a fungal infection.

Reddit user /u/thjake shared the images of the infected GPU on the PC Master Race subreddit, a forum for high-powered rigs.

The computer had been unused for a month, so the fungus appears to have grown during that time. Aside from general lack of cleaning, however we imagine the computer was probably kept somewhere damp.

As certified Reddit scientist /u/cheelos explains, the mushroom appears to be Psilocybe cubensis, popularly known as shrooms. Yes, that kind.

There are few other details about how the mushrooms might have grown, and u/thrjake hasn’t posted anything since sharing the images.

It’s a little suspect, and some users have suggested that the whole thing was staged. /u/Cibarius points out:

We may never know the truth. Still, unless you’re trying to start a drug business, you should probably clean your PC every now and then. Can’t hurt.

➤ Just a reminder to clean your PC [/u/thjake via @BradChacos]