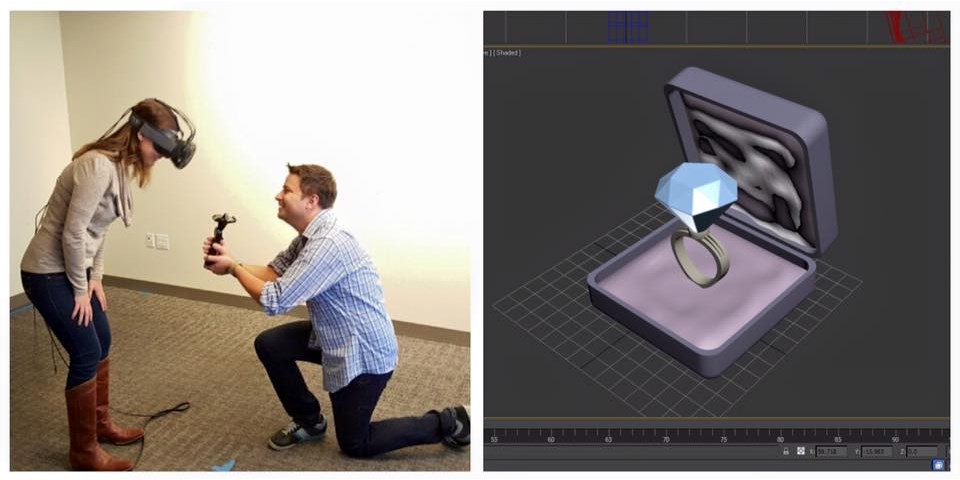 It sounds like a daydream come true. Kelly Tortorice was deep into a VR experience at game company Valve’s Bellevue, Washington headquarters, painting with fire and exploring a sunken ship, when a digital engagement ring began floating towards her.

Her boyfriend Chandler Murch told her to grab it and then remove her headset. She found Murch down on one knee in front of her with a real ring in his hands.

Murch, who works at Valve, masterminded the proposal (that doubled as a neat publicity stunt) using VR tech that the company is working on in partnership with HTC. The two firms announced in March that they would team up to build the Vive headset.

He ensured that the ring lined up perfectly by using a controller to position it correctly before having Kelly remove her headset. Way to raise the bar for fiancés everywhere, Chandler!

Read next: Lookmark lets you save iOS apps to download later