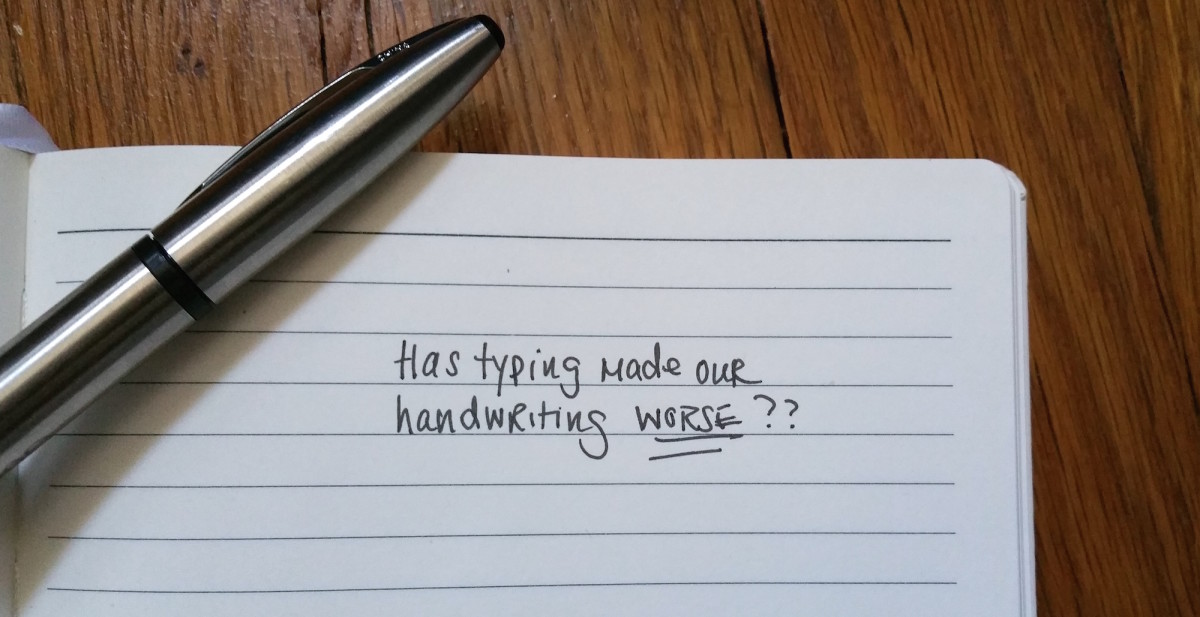 When our sole method of communication is typing on keyboards, it’s rare to see anyone’s penmanship these days.

I don’t know about you, but I love looking at different people’s handwriting. Not necessarily for the purpose of analyzing it for personality traits (though many are into that too), but because they’re simply fascinating, unique and often interesting and eccentric.

And really, when was the last time you picked up a pen to write a full sentence? Has typing made your handwriting worse?

We wanted to know all of this, and asked TNW’s editorial staff to send in their chicken scratches. We assigned each team member a line from a… well known song… and asked them to jot it down in their most natural scribble.

I think this is my most natural style – when I try too hard, it looks different and not as fluid. It’s also become a lot more consistent since I finished college, it used to vary a lot, whereas now, probably because I write a little less by hand, it seems to be consistently the same style.

It’s obviously not good, but I don’t particularly hate it. I can’t write on unruled paper – it’s been that way since I was a toddler, and I often carried a ruled sheet to school for exams.

I do wish my letters were more consistent in their angle and shapes, but I rarely write and so don’t get a chance to practice.

I was born left-handed, but got switched to my right writing hand around the first grade – which was pretty late. It took a while for me to finally master the pen, though I am trying to get my left writing dexterity back.

My handwriting used to be neater. These days, I think it’s a balanced mix of sharp and round shapes.

This is not how I generally write. My writing is actually smaller and more compact. I wrote in my ‘birthday card’ script here, because I knew it needed to be more poster like for this little project.

I like my writing but am particular about it. I like writing in black ink and dislike blue.

Do I wish it was better? Definitely! Will it ever be? Not likely.

My handwriting looks like some kind of insane scrawl. It has obviously deteriorated over time, but I was always better at printing than writing script.

I think my handwriting is pretty decent, if tiny, and I’m one of relatively few people I know who default to cursive. We had calligraphy class in the Dominican Republic, and my handwriting hasn’t really changed much since then.

I learned cursive aged 8 but I stopped using it when I turned 16 and teachers stopped expecting it. I’d describe my handwriting as ‘functional but sloppy.’ I barely write a sentence a month with a pen these days so why bother improving?

My atrophied millennial gnome hands were hindered in dexterity at a young age due to skipping vital handwriting practice in kindergarten, so my handwriting as a child was an actual joke.

Even though I type way more often than I write now, I think my handwriting has actually improved in adulthood, thanks to my over-sentimental compulsion to send loved ones hand-written cards.

My writing has never been legible, because I’ve spent most of my life in front of a keyboard. Teachers berated me for it. My signature on my drivers license is more of a scribble. But…. ¯\_(ツ)_/¯

My writing has been described most accurately as “drunk doctor” on account of it being both illegible and unnecessarily ‘swishy.’ I still make time to write something everyday, even if it’s just a to-do list as there’s something genuinely satisfying in putting pen to paper.

It’s only got worse over the years. It was born of high school drafting classes, and used to be absolutely perfect. It’s more about speed for me, now.

Take part in TNW’s Handwriting Challenge! Just snap a photo of whatever you’d like to write (watch the language, please) or a recent page from your notebook and upload it with the hashtag #TNWwrites.

We can’t all write like President Obama, but heck, it’s worth checking out.

Read next: Laugh your way into the weekend with @TheNextWeb’s Tickle Challenge

Read next: The e-ink YotaPhone 2 is no longer coming to the US