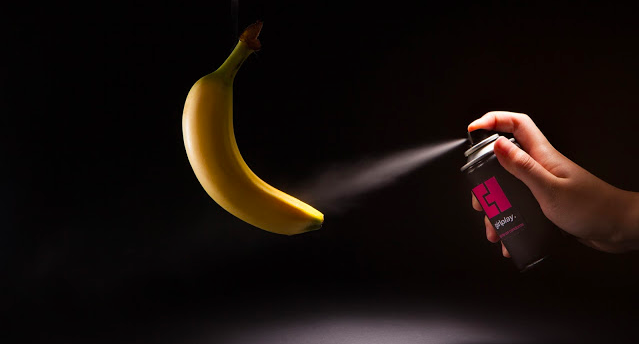 The spray-on condom is, unsurprisingly, not a new idea. Researchers have been attempting to create a form fitting alternative to the current ‘rubber jonny‘ for years, with limited success.

Back in 2006, German scientist Jan Vinzenz Krause showed off a prototype that used a metal tube to spray liquid latex, but the drying time made the idea a total non-starter.

Chinese company, Blue Cross Bio-Medical, sells foam condoms for women that are applied from a can. They’ve so far proved to be a similarly niche proposition.

The question is: Would you be use a spray on condom if it were to be approved by regulators and proven to be effective in doing the job? I suspect bringing an aerosol can into the bedroom would be a lot more awkward.

And if the idea of a spray-on condom doesn’t appeal to you, what about a smart bra that can be unfastened with a remote control? It’s another of Chu’s ideas and at least offers a solution to clumsy men who deal with conventional clasps like drunken octopuses.

Read next: Behold the decline of civilization! PornHub’s $1,000 TwerkingButt

Read next: FIFA 16 acknowledging women exist isn't something to applaud