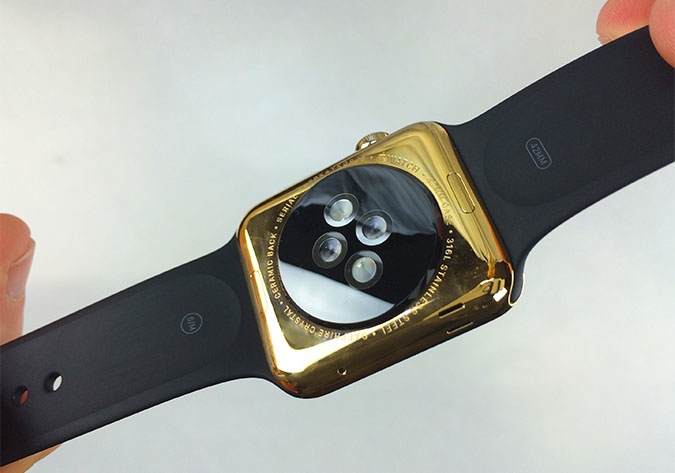 Spending $10,000 or more on expiring wearable tech isn’t something many will want to do. Still, the Apple Watch Edition is hot.

If you can’t spend a cool ten grand for a smartwatch, a well-funded Kickstarter campaign might be your best bet. Midas Touch offers a gold plating system anyone with a stainless steel Apple Watch can use to get some extra bling.

It’s not a crazy new fad, either. While running a charge through your Apple Watch, you dust the wearable with a solution containing gold (included in the kit). It’s simple electrochemistry.

To get to the plating process, you’ll first need to give your Apple Watch a wipe down with a special solution meant to remove oils and dirt. After cleaning, your Apple Watch will need to be washed with a solution that uses dissolved nickel to neutralize the chromium in the Apple Watch casing, which allows the gold to bind to your watch.

It’s a bit late in the Kickstarter campaign for the $97 option, but you still have seven days left to drop $115 for a kit. We’re not sure how this will affect your warranty, so don’t be shocked if you get laughed out of the Apple Store should something go wrong later on.

➤ Midas Touch Turns Your Apple Watch Gold For Under $100 [TechCrunch]

Read next: This might be Snapchat's best product to date