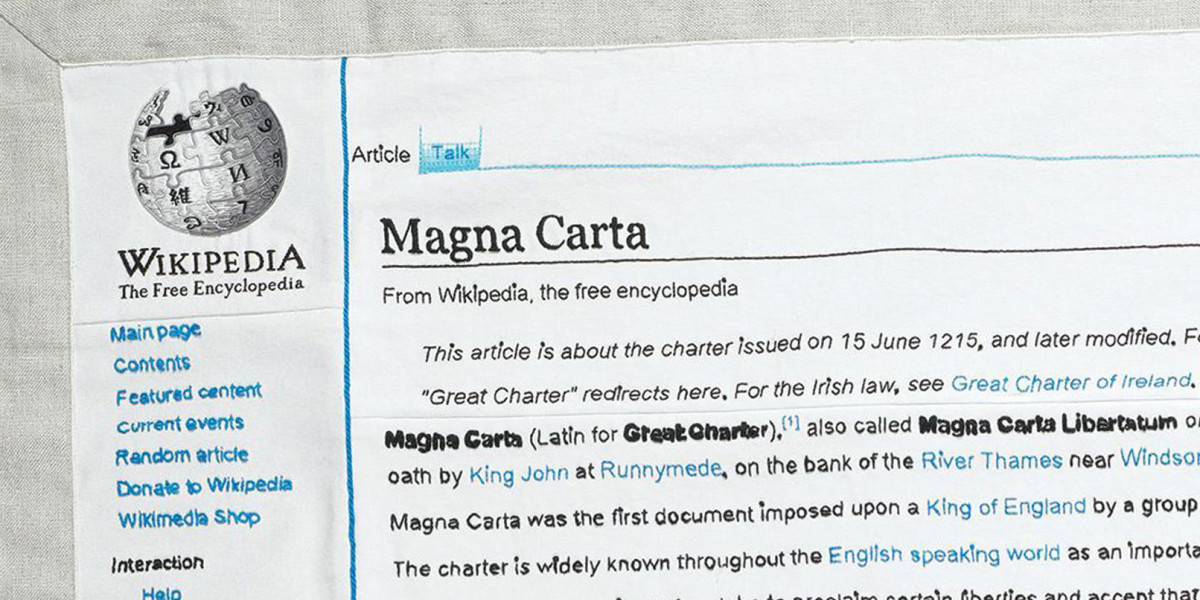 It’s Wikipedia, but not as you know it.

The ‘Magna Carta’, often considered to be one of the most important democratic documents of the Western world, celebrates its 800th birthday next month. To mark the occasion award-winning artist Cornelia Parker decided to pay tribute to the historic charter with a somewhat modern twist.

Parker, with assistance from some 200 individuals, took to creating a detailed hand-stitched version of the Magna Carta’s Wikipedia page.

The embroidered Wikipedia entry comes in at over 13 meters long, and is a like-for-like copy of the Wikipedia page as it looked when the project started in 2014.

You can view the completed works, Magna Carta (An Embroidery), for free at the British Library in London until July 24, 2015 — of course you can still check out the Magna Carta’s real Wikipedia page too.

Read next: Solitaire is 25 and Microsoft is celebrating with a tournament