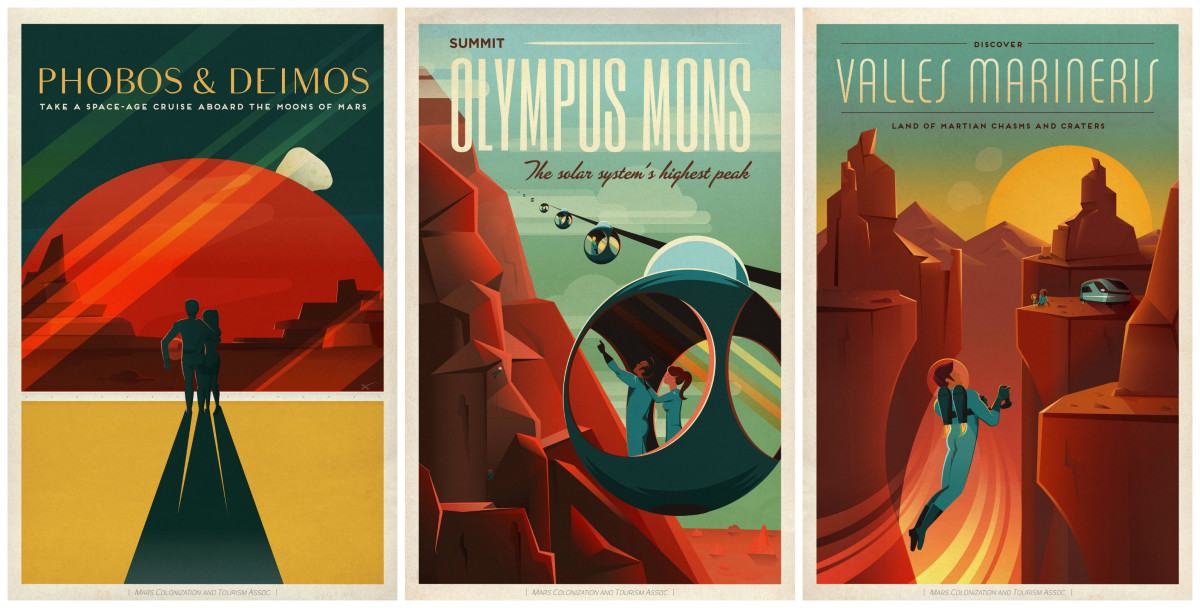 SpaceX has released some vintage-style posters that are undoubtedly breaking hearts everywhere that we can’t hop on a spaceship to Mars for a vacation.

If that is to happen in our lifetime, SpaceX will probably be the ones who make it happen though.

The posters are in a similar style to the ones NASA released for the exoplanets discovered by Kepler in January.

The first of SpaceX’s posters shows Valles Maineris, a series of canyons that runs east-to-west  for over 2,000 miles and is 3 miles deep at its deepest point. It’s believed that the canyons were caused by flowing water originally.

If that’s not your cup of tea, there’s Olympus Mons on the western side of the planet. It is the biggest volcano and tallest peak in the solar system at three times the size of Mt Everest.

And if neither of those appeal to you, there’s Phobos and Deimos, Mars’s two moons which are believed to be captured asteroids. NASA is currently working on a project to develop a vehicle that would allow humans to explore Phobos.

The posters are free to be used by anyone under SpaceX’s new love of Creative Commons, so enjoy!

➤ SpaceX Just Made a Bunch of Mars Travel Posters [Motherboard]

Read next: What would be your name if you were born today?