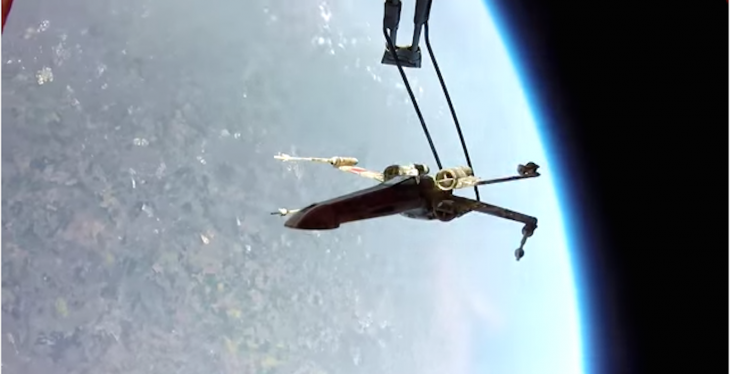 Two guys from Essex had a plan – to photograph the Earth from space and grab the attention of ‘Star Wars: The Force Awakens’ director JJ Abrams. It looks like they’ll manage it after getting an X-Wing into orbit.

#HeyJJ @Bad_Robot We just put an X-Wing in Space! Can we come to the Force Awakens première? https://t.co/Y0L31Pyriz

The Project Helium Tears is the latest mission from the Essex Space Agency – aka Matt Kingsnorth and Phil St. Pier. Now they’ve grabbed their images from high above the Earth – using high altitude balloons and GoPro cameras – they’ve just got to nab that premiere invite.

Read next: Yes, I'll buy ANYTHING that Apple sells