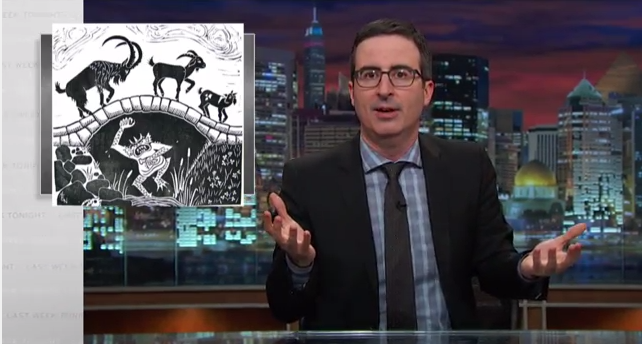 John Oliver’s got a knack for making complex issues understandable. Last time we checked in with him, he was quizzing Edward Snowden on which NSA programs can legally look at his dick pics.

This time, he’s on the case of patent trolls, with the help of a delicious ‘America’s Top Model’ analogy:

Here’s a key quote to illustrate why that clip’s worth 11 minutes of your time:

Most of these companies don’t produce anything, they just shake down anyone who does, so calling them trolls is misleading. At least trolls actually do something – they control bridge access for goats and ask people fun riddles…

Patent trolls are fat, feckless leeches on innovation, that’s why reform of the system in the US and internationally is so necessary. You should be rewarded for coming up with great ideas and applying them, not hoarding obvious concepts and exploiting them.