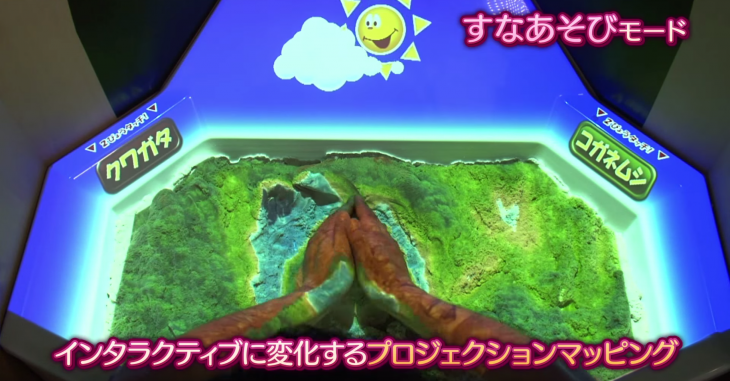 Sega is launching an arcade machine in Japan that uses a custom sandbox as the controller.

The iconic game developer and former console maker is calling it “Edel Sunaba” and, perhaps most impressively, it offers specially modified sand that can be sculpted without water and doesn’t stick to your hands. In other words, video game arcades that pick one of these up won’t be left with a small beach on the floor at the end of each day.

Worlds are projected on top of the sandbox and, by analysing the verticality of the sand, the game’s projections will change based on player input. So if you carve out a river, the game will recognise this and display rushing water on top. Conversely, piling sand into a small mound will be reflected with a hill.

Two game modes will be available; ‘Dekirukana’ is essentially a free-play mode where you can shape any themed objects, while ‘Suna Asobi’ runs through the four seasons, mixing up the worlds, colors and objects that are available.

Sega is stressing that this arcade machine won’t be released outside of Japan. Even so, it’s a zany idea and you have to admire their imagination.

Read next: Glympse Keyboard launches for Android to help you share your location from any app