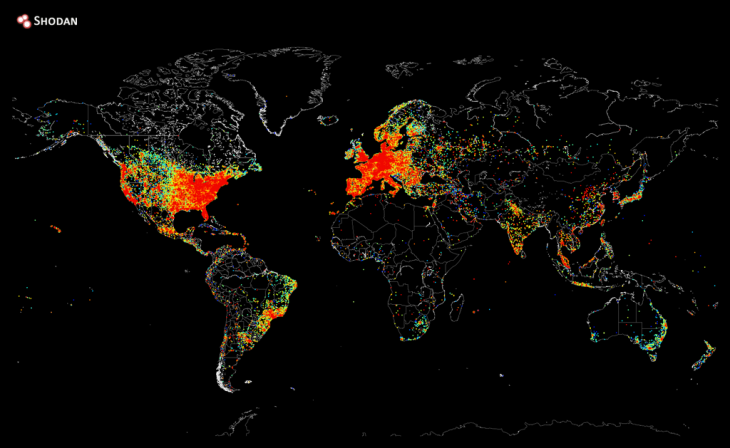 The Internet is a vast series of tubes computers and devices networked together sharing the same information. But where do all those pieces of hardware reside?

Shodan founder John Matherly found out when he pinged all the devices on the internet. As you can see from the image below, most devices are concentrated in developed nations and metropolitan areas.

Pinged all devices on the Internet, here’s a map of where they’re located :) pic.twitter.com/G3fiNcKCul

Matherly’s company Shodan bills itself as the “world’s first search engine for internet-connected devices.” It helps companies determine which of their devices are connected to the Internet and where they are located.

Of course, it’s difficult to determine if Matherly was able to ping all the devices on the Internet. But the image is a good indicator of where most Internet-connected devices are located.

Read next: Autodesk's Pixlr photo editor arrives on the desktop for Mac and Windows