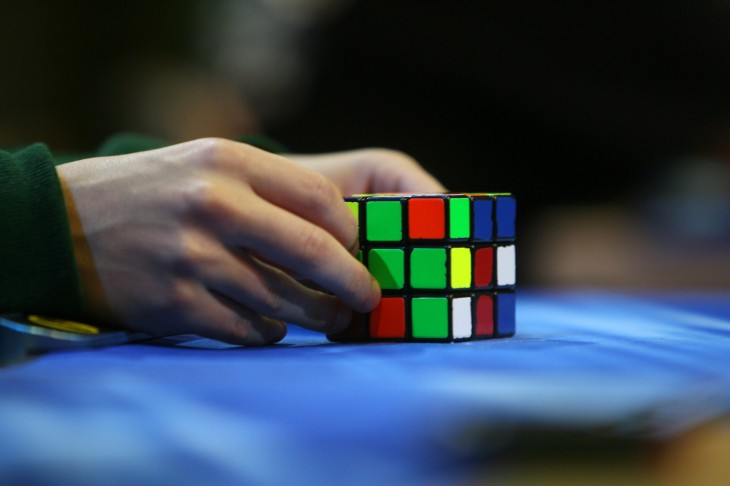 Update: If you’ve had some fun with the Rubik’s Cube on Google’s homepage, you should venture to the Chrome Cube Lab next. The site explains some of the technology running the virtual incarnation, as well as access to the relevant code and links to some whacky user-generated experiments.

“I can’t wait to see people learn about three-dimensional objects through their browsers and to test the limits of what is possible when the Cube gets re-jigged using cutting edge web technologies,” Professor Ernő Rubik said. “Cube on!”

The Rubik’s Cube is an iconic combination puzzle that tests your skill and patience in equal measure. Invented by Hungarian sculptor Erno Rubik in 1974, it was later licensed by Ideal Toy Corp and has captivated the minds of children and adults alike ever since.

It’s a timeless conundrum. The classic version consists of nine ‘cubelets’, each of which have different colored sides. By twisting each row and column, you can change the position of the ‘cubelets’ and try to reproduce its original design. Once each face is filled with a single color (red, blue, white, green, yellow and orange) the puzzle is deemed complete.

To celebrate the 40th anniversary of the Rubik’s Cube, Google has updated its search page with a fully functional 3D model. It’s a charming Google Doodle and a lovely distraction if you’re feeling the office blues on Monday morning. More importantly though…will you be able to finish it?

Read Next: The inside story of Google Doodles: ‘A campfire for the whole world’