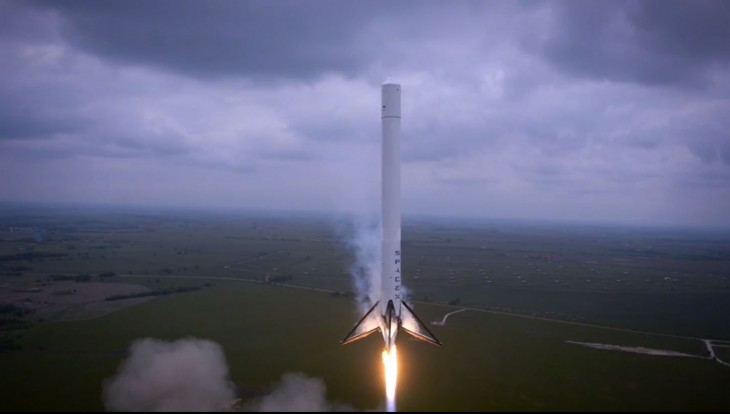 Space X is scheduled to launch a Dragon capsule to the International Space Station today at 3:25 EDT. You can check out the live stream of launch on the company’s site. But, in addition to delivering food and scientific supplies to the ISS, it will conduct a test of its Falcon 9 booster as it aims to make the first stage rocket reusable.

The Falcon 9 will have four 25-foot (7.6 meter) long landing legs. The legs will be deployed after jettisoning from the rest of the aircraft and the booster rocket will land in the sea. This is the first time an orbital rocket launch has been attempted with landing legs.. But, it’s not the first test of the reusability of the Falcon 9 booster.

This test footage of the rocket in Texas is spectacular. Instead of the boring footage shot by a camera on the ground at a safe distance, Space X used a hexacopter to shoot the rocket’s launch. The rocket then hovered at approximately 250 meters and landed near the launch pad.

Making the rocket reusable would reduce the time between launches and save Space X the financial burden of rebuilding a rocket every time there was a launch. Plus, it just looks cool.

Read next: Leave work at work: How to properly end your day