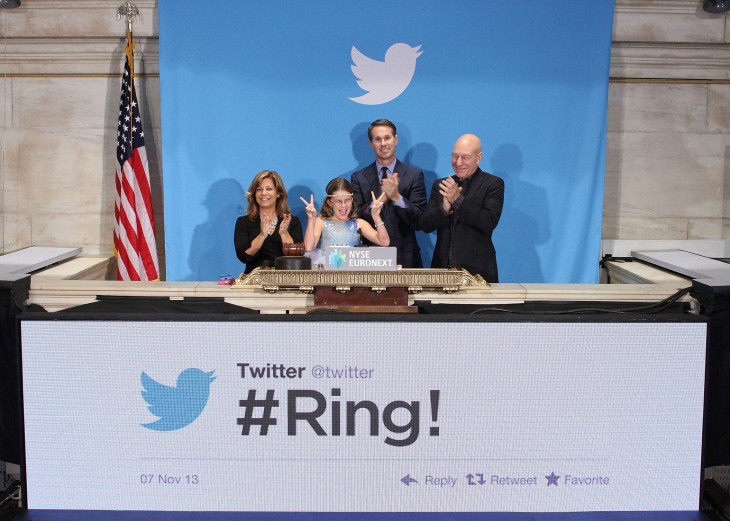 Twitter had the opportunity to open the New York Stock Exchange today in honor of the company’s Initial Public Offering. However, none of the executives or founders did it — they left it up to the users. The company chose three influential users to press the button to ring the exchange’s bell, with one of them being young activist Vivienne Harr, the nine-year old girl who founded the Make A Stand lemonade company to end child slavery.

From ringing the bell to dancing the piano. This might be the world’s most perfect day for a 9 year-old. pic.twitter.com/EqrCvl7bcb

Following her ceremonial duties, Harr sent a note to Twitter co-founder Biz Stone. Here it is in its Instagrammed glory:

The service surely helps users get better connected with one another and Harr is a prime example of the power it gives people to change the world. Here’s perhaps the most poignant part of her letter:

Because (with Twitter) you don’t have to be big or powerful to change the world. You can be just like me!! :)