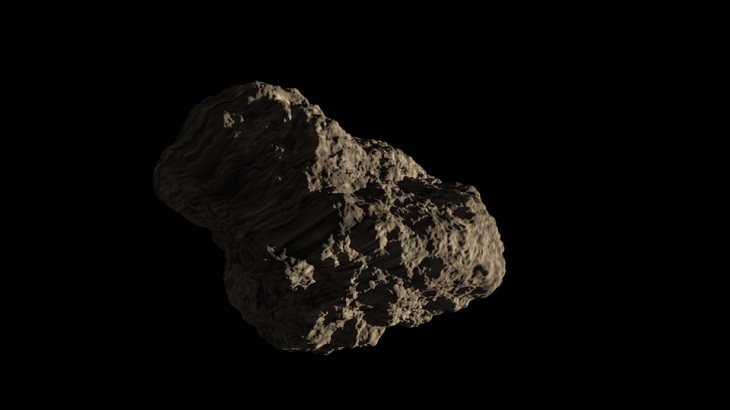 It doesn’t get any better than this. Not only has the classic game Asteroids been brought into the real world, but you can watch Atari founder Nolan Bushnell play it.

Called Human Asteroids, the new game uses a laser projector to display the asteroids and ship on a floor, a Microsoft Kinect to track the user rolling around on a chair, and a smartphone for firing the ship’s weapon. Again, you are the ship, so wherever you move your chair, the ship moves with you, and whenever you choose to fire from your smartphone, the ship fires.

It’s a bit hard to explain, so go on, watch Nolan play:

Just like the original Asteroids, the goal is to control your spaceship and survive the onslaught of asteroids. Human Asteroids, as its name implies, adds a human element into the game in that you’re right in the action.

From the video’s description:

Joysticks? Buttons? Little screens? No way. In this version of Asteroids, you ARE the ship. Roll around on your chair inside the 150sqft “field of play,” and try to destroy the asteroids before they destroy you!

Human Asteroids was developed by the two co-founders of Two Bit Circus for what they call the Steam (science, technology, engineering, art, and math) Carnival, their attempt to modernize the traditional carnival. The duo has a Kickstarter campaign that is over 90 percent of the way to its $100,000 funding goal at the time of publishing.

Asteroids meanwhile is an arcade video game released in November 1979 by Atari. It was one of the most popular and influential arcade games of its time, and is considered to be a classic.