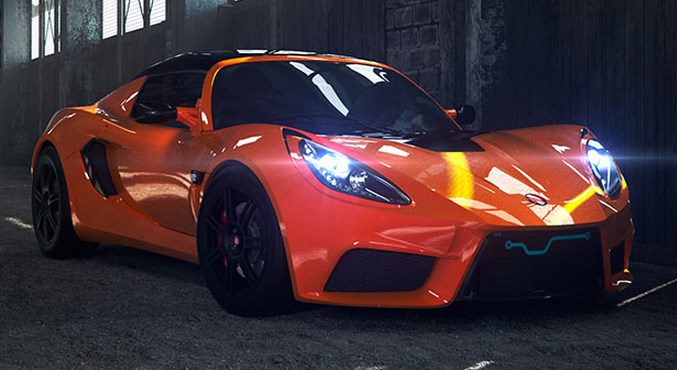 On the heels of endless Tesla happenings, Detroit Electric has at last announced its first model, appropriately named the SP:01. As with other performance electric cars, the SP:01 is expensive; you can expect to shell out $135,000 for the car, according to Reuters.

But you will get quite a lot of spark for your check: Detroit Electric claims that the car will race to 60 mph in a mere 3.7 seconds. Also, it states that the SP:01 will enjoy a top speed of 155 miles per hour. For reference, the storied Ferrari Testarossa took 5.2 seconds to make it to 60 miles per hour. The current Lamborghini Aventador can execute the feat in a mere 2.9 seconds. It has a modest 690 horsepower.

Here’s the SP:01, as photographed by its parent company:

Look familiar? Reuters reckons that it is based off of a Lotus Elise chassis, which, judging by appearances, is correct.

Detroit Electric will face stiff competition not just from the likes of Tesla, who produces electric cars as well, but also from traditional car companies that are increasingly building hybrid capabilities across their automobile lines.

As a fun anecdote, the first Detroit Electric car company was founded in 1907. That company shut down in 1939. The company was reborn in 2008. Let’s hope that this time around it can sell more than 13,000 cars.