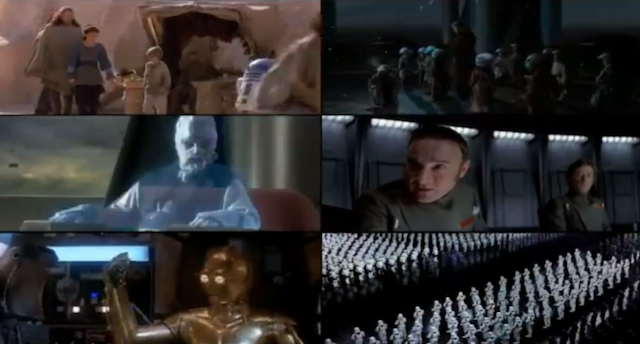 Thanks to a YouTube user by the name of Michael McNulty, you can now watch all six Star Wars films combined into a single 2 hour and 22 minute video.

As the uploader explains, if you’ve never seen Star Wars before, here’s your chance. It’s hilarious to see all of the films playing simultaneously (with sound, of course), and it’s also a nice way to gear up for Disney’s Episode 7, which will premier in 2015 and may or may not be a total abomination.

See it here before it’s taken down:

“All Six 6 Star Wars movies at the same time. Turn it UP.”

For more non-news stories, check out our Shareables channel.