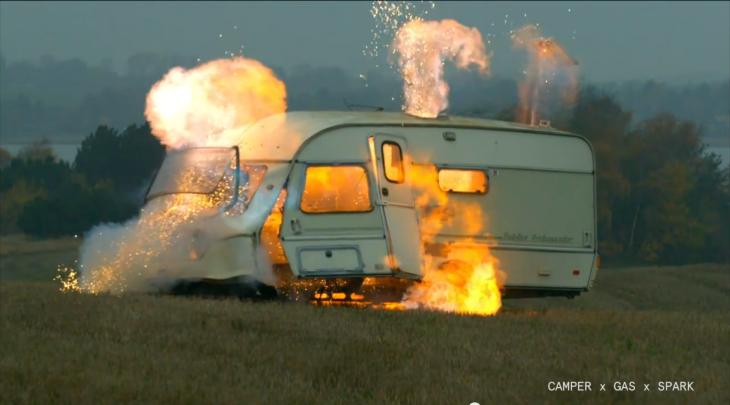 We had a blast watching the super-slow-motion explosion videos from Danish TV show Dumt & Farligt’s first season last year, and now they’re back teasing a second season, which begins airing in April.

If you’re new to this, Dumt & Farligt takes random everyday objects and destroys them while recording it with a ~$100,000 Phantom Flex camera. Of course, hilarity ensues.

Have you ever wondered what happens when 2.8 tons of wine gum meet dynamite, or what a camper looks like as it explodes from a gas leak? How about 60,000 simultaneously combusting matches or a watermelon getting friendly with 187 rubber bands?  Boom, there you have it.