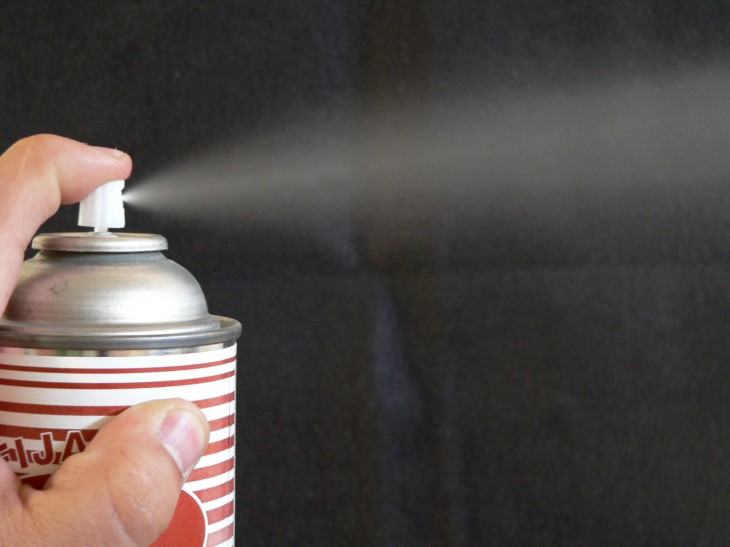 Say you need to mace someone in self-defence. The goal is to disarm the individual and to hopefully get away. What if you want to report him or her to the authorities? Chances are your description of the criminal in question won’t be very accurate. After all, your quick-thinking is completely focused on protecting yourself.

That’s where the PepperGuard, an augmented pepper-spray with camera and emergency response, comes in. Developed by students John Yin, Cordelia Lee, and Adrian Tung for their microcontroller course at Cornell University this semester, the device is quite the achievement.

PepGuard for short, the device couples a microcontroller and a serial JPEG camera to a canister of pepper spray. When you hit the mace button on the top, the microcontroller flashes the high-powered LED, takes a picture with the camera, and sends that picture to a phone over Bluetooth. The Android app can then optionally make an emergency phone call to a pre-configured number, such as the police emergency line at 911.

The trio says they built PegGuard “in view of the rising crime rate here on campus and the difficulties that many victims faced with identifying crime suspects.” The microcontroller used is an Atmel ATmega1284P. All the components are mounted on the solder-board, and the whole project had a development cost under $100 in compliance with the course’s requirements.

Here are some of the more technical details:

The system initializes in Inactive Mode with the Bluetooth transceiver on our device acting as the server. After a cell phone connects with PepGuard as client, the system enters Active Mode and waits for the button-press trigger. In case of an emergency, the user would press the push-button to release the pepper deterrent, thereby triggering the Camera Module to take a photo of the crime suspect (LED flashes at the same time). Immediately thereafter, the microcontroller retrieves the photograph from the camera and routes it to the Bluetooth Module to be forwarded to the cell phone. All communications between the ATmega1284P microcontroller and the Bluetooth and camera modules are based on the universal serial asynchronous receiver / transmitter (USART) channels. At the receiving end, the cell phone application receives an alert message, saves the incoming picture data as a JPEG file and initiates an emergency phone call.

This is directly from the report written by the students. You can read the full thing here: PDF (via Hack a Day).