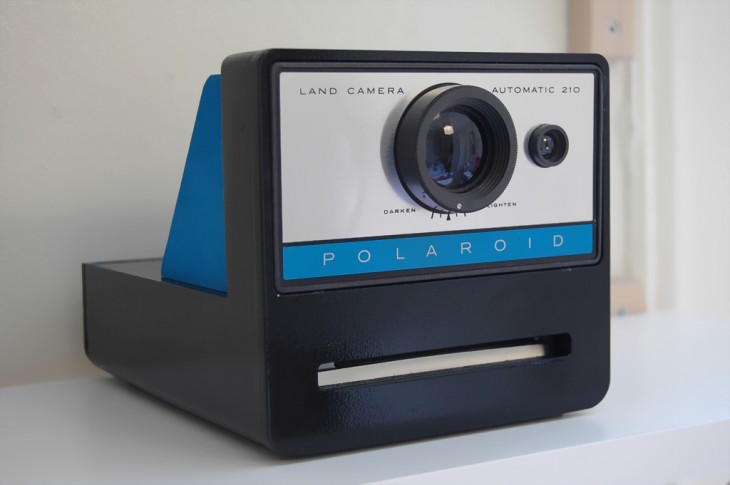 I remember first discovering the Print Screen button when I was very little. I was astounded at its simplicity and usefulness as much as I was annoyed with its name. It should be called Snapshot, Screen Capture, or something along those lines; but I digress: there’s now a camera that makes all of this go away.

Introducing the Polaroid Cacher, created at ITP New York by Adrià Navarro and DI Shin as a way to take what you have on-screen and print it out. Again, the name isn’t ideal, but at least it’s accurate: the idea here is that this little gizmo lets you create physical copies of what you see on your screen, a cache of sorts. Here it is in action:

Think of it as an digital to analog converter for your online life. Okay, yeah, that was lame; here’s why the team created it:

We believe that our daily online activity –conversations, discoveries, games– is as meaningful as our activity in the physical world and, as such, should be preserved the same way we try to capture every important moment in our life. Especially because most of this experiences will be soon forgotten, lost under layers of information, databases and outdated services.

Given the powerful association of instant photography with memories, people and nostalgia –rather than with photographic quality– we designed our camera as a fictional Polaroid product. One that captures digital media in a traditional analog format, as means to create tangible, durable mementos of our digital life.

The device captures what is being displayed in the browser, lets you crop the image if necessary, and then sends it to the printer. The first step is done using a Google Chrome extension built using JavaScript and CSS, based on the open source Google Screen Capture tool.

The extension saves the image file in a specific folder with an associated folder action, which triggers an Applescript that in turns sends the image file via Bluetooth to the Pogo GL10 photo printer inside the case. At that point, the image is finally printed as a 3×4″ ZINK picture.

Read more about the Polaroid Cacher on Navarro’s blog.

Read next: Hearst begins shipping magazines on Apple's Newsstand before anywhere else