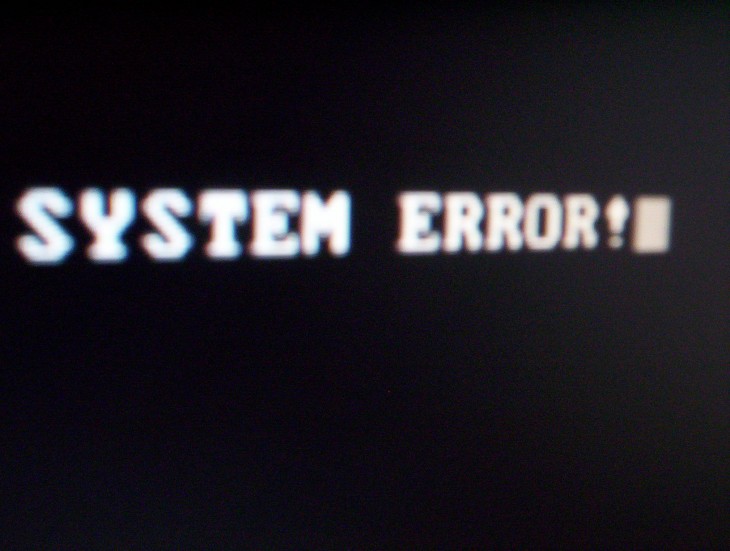 I have always found BSOD errors on large screens to be amusing, but there was never any WTF factor for me as I had experienced many and knew they are fairly easy to figure out. This is different.

Late on Friday I spotted a tweet from F-Secure CRO Mikko Hypponen that I found absolutely hilarious. He had posted it in the morning, and it essentially it showed a Windows Phone with a standard error message.

Here’s the line that caught his eye: “Insert your Windows installation disc and restart your computer.” Really, and where exactly would one do that?

My colleagues immediately suggested that it was probably fake. I looked at it again, and quickly agreed, thinking that I was quite a fool to think otherwise.

Yet later that day, WMPoweruser dug into the story and found that a user by the name of dantist over on the Pocket PC forums had experienced the same problem with his Lumia 920 on Monday:

Coincidence? I think not!

A bit more searching on Twitter and it turns out dantist, or rather Johnny Ruokokoski, had tweeted the above image on Wednesday. After a push from another user, the Windows Phone Support account go involved, helping solve the mystery:

@rkkski Understood, if this is happening when you are flashing your phone, we are unable to provide support for it. ^EB

@winphonesupport and I didn’t expect any support. but thanks for fast feedback, it shows how good WP support is, I like it :)

So there you have it. If you’re messing around with your Windows Phone device, you might get this amusing error. As WMPoweruser put it, this is a pretty good “to prove that Windows Phone 8 runs on the NT Kernel,” in case you were having doubts.

Read next: The Norwegian Ministry of Finance may open source cash registers to prevent tax fraud