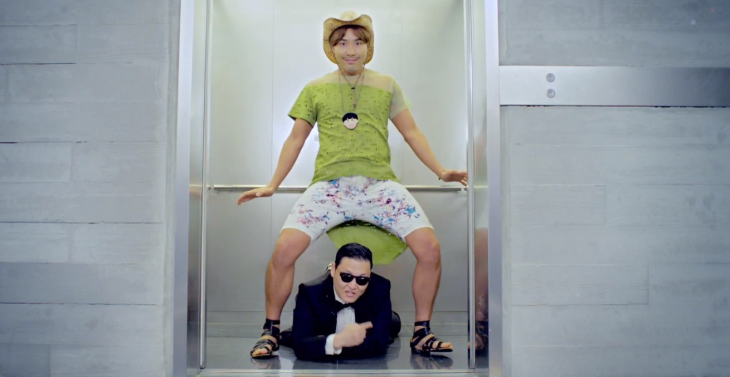 Unless you have been living under a rock, the chances are you have either listened to, danced to or watched a rendition of the Kpop sensation that is PSY’s Gangnam Style.

It’s broken a number of records — overtaking Justin Bieber’s ‘Baby’ to become the most popular YouTube video of all time — but today it marks another impressive YouTube milestone: the first video to reach one billion views on YouTube.

The video has topped nearly every viral list it has been part of, becoming Google’s top trending video in its YouTube Rewind retrospective for 2012, leading the most-saved videos on Pocket and even saw Google Chairman Eric Schmidt performing the iconic dance.

Of the billion views, over a third of them originated from a mobile device (over 340 million), while Facebook contributed 45 million via links and YouTube embeds. There’s been over 4 million comments posted, more than 6 million likes (435,000 dislikes) and it has been favorited roughly 1.8 million times.

Unsurprisingly, the majority of views come from those between the ages of 13 and 17, followed by guys aged between 35 and 44 years – we’ll go ahead and assume they came during work hours.

What’s next for PSY? Who knows, maybe 2 billion YouTube views. Or he’ll retire, he must be sick of performing the song and the dance wherever he goes.

Read next: Event discovery startup WeGoOut updates its iOS app and site to help you interact at parties