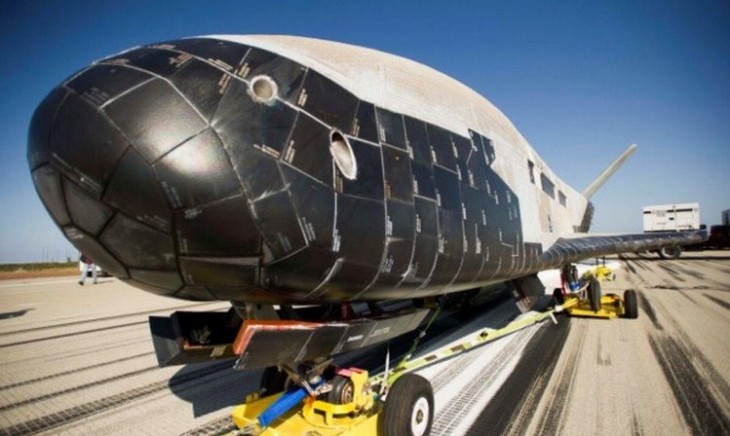 Any West Wing fan is surely aware of the ‘Military Shuttle’ narrative, the idea that even as the civilian, NASA Space Shuttle program reaches an end, or a point of incapacity, a military ship is ready to step into the breach.

As always happens with the West Wing, it prognosticates the future. Please meet the mini-Space Shuttle from the Air Force: the X-37B Orbital Test Vehicle. The following picture is via the Air Force itself:

The Santa Maria Times’ Space Country blog brought the craft to TNW’s attention. Like the Space Shuttle, the now mothballed space program that brought a reusable spacecraft to the human arsenal, the X-37 can shoot up, orbit around, and then return for another run.

This lowers the cost of sending payloads into space, as the price of the X-37B can be amoritized over its many missions. However, unlike the Space Shuttle, the little Air Force unit doesn’t carry humans. Yet, at least. The Air Force has a minimum of two of the buggers.

Most recently, the ship, with a wingspan of 15 feet, and length of 29 feet, spent a stunning 469 days in orbit before returning in June. TNW hereby dubs the X-37B the Reusable Space Hot Dog.

The current era is that of private space travel, government contracts, and Elon Musk. Yes, but even so, innovation continues. NASA may have shut down one of the more landmark American achievements, but at least our government hasn’t given up entirely on building its own space tools.

That is something that may help you sleep.

Read next: IRL friend finder ItsPlatonic picks up $195,000 to build its platform