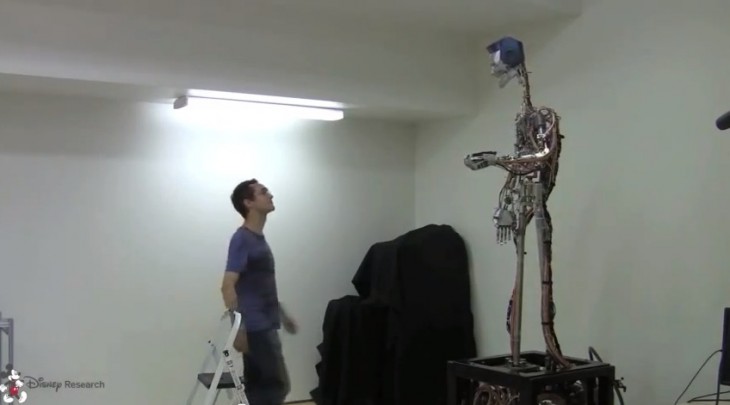 The animatronic figures at Disneyland are based on decades-old hydraulic technology, but they’re continuously being improved. Disney Research Pittsburgh even has an entire lab where it plays around with touch and robotic technology.

Some of that stuff, like the juggling and catching figure below, seems completely primed to make an appearance in the park. I mean, this is pretty amazing. I love the animations that they built-in to simulate emotion when it misses a catch, that’s very Disney.

Still, I can’t help but think that we’re one step closer to our doom. First, they’re juggling, but soon they’ll be pulling triggers and crushing human skulls to dust.