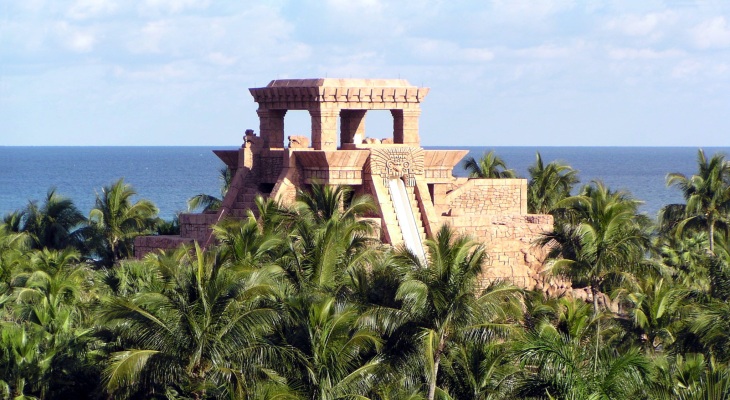 There’s a South Pacific island positioned midway between Australia and New Caledonia featured on various marine charts, world maps, and has appeared in publications since at least the year 2000. It’s listed as Sandy Island on Google Maps and Google Earth, and yet Australian scientists have just discovered it doesn’t exist.

“We all had a good giggle at Google as we sailed through the island, then we started compiling information about the seafloor, which we will send to the relevant authorities so that we can change the world map,” Steven Micklethwaite from the University of Western Australia told SMH.

“We wanted to check it out because the navigation charts on board the ship showed a water depth of 1,400m in that area – very deep,” Dr. Seton of the University of Sydney, told the AFP.”It’s on Google Earth and other maps so we went to check and there was no island. We’re really puzzled. It’s quite bizarre. How did it find its way onto the maps? We just don’t know, but we plan to follow up and find out.”

If the invisible island existed, it would sit within French territorial waters. It’s not featured on French government maps, however, so where did the Australian government get Sandy Island from? Australia’s Hydrographic Service, responsible for the country’s nautical charts, suggests it’s likely just human error that has been handed down over the years, all the way to Google Maps and Google Earth.

See also – Google Maps brings over 10,000 indoor floor plans to the desktop and The native Google Maps app for iOS will reportedly have turn-by-turn navigation when launched