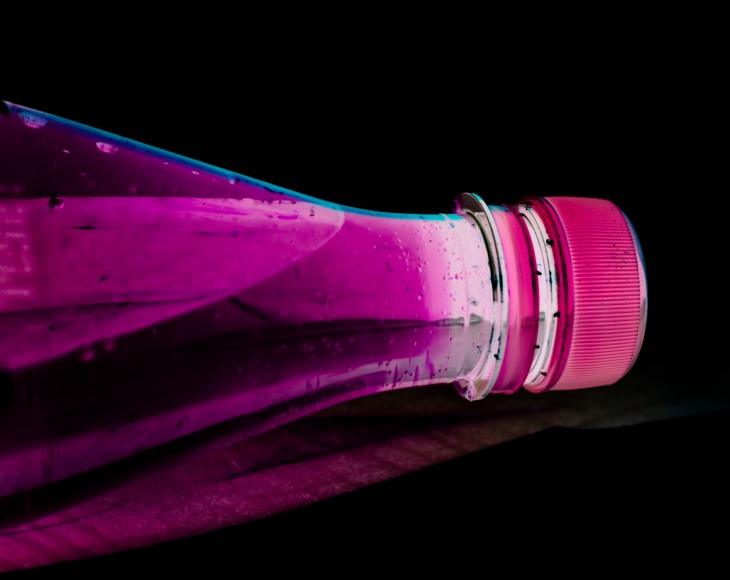 The Namib Desert beetle lives in an area that only gets half an inch of rainfall per year, and so it draws 12 percent of its weight in water from the air to quench its thirst. NBD Nano co-founder Deckard Sorensen was inspired by the beetle to the point that he conceptualized a self-filling water bottle, which he hopes to bring to the market by 2014.

Every morning, the beetle climbs to the top of a sand dune, faces away from the wind, and ensures that water condenses in hydrophilic areas of its back. The water then flows to a storage area in the beetle.

To mimic nature, Sorenson layered a surface with hydrophilic and hydrophobic coatings, used a fan to pass air over the surface, and managed to get water to condense. This eventually led to the design of a conceptual self-filling water bottle.

“We use nanotechnology to mimic this beetle’s back so that we too can pull water from the air,” Sorenson told PRI. “We see this being applicable to anything from marathon runners to people in third-world countries, because we realize that water is such a large issue in the world today, and we want to try to alleviate those problems with a cost-efficient solution. We are looking to incorporate this in greenhouses or green roofs in the immediate future, and then later on, we’re looking to see how far we can really scale this up to supply maybe farms or larger agricultural goals.”

Arguably the most remarkable part might be that fact that Sorenson insists the technology does not require much energy; he said the company’s showed how solar cells and a rechargeable battery can be enough. This means the device could potentially be attached to vehicles, buildings, or even a running human, and still be able to grab all the power it needs supply to move the air over the specially-coated surface.

There’s not much out there about Sorensen’s company, but I did find these tidbits. Tech cocktail had this blurb:

NBD Nanotechnologies: Technology that can collect condensed water from the air, mimicking the Namib Desert beetle. Cofounded by Miguel Galvez, who used to work at TechStars; MIT PhD student Andy McTeague; and Deckard Sorensen, a biochemist.

The Boston Globe had a bit more:

NBD Nano is one of those companies you naturally root for. The Boston College spin-out is developing water harvesting technology that extracts humidity from the air and turns it into clean water for drinking or irrigation, without using much power. Cofounder Deckard Sorensen says the device design mimics the way that the Namib Desert beetle pulls the water it needs to survive from extremely dry air. One product they talk about is the water bottle that constantly refills itself.

Sorenson notes there is more than three quadrillion gallons of water in the air, which is essentially a massive untapped resource. We’ll be following this one closely as we potential here is huge.

Meanwhile: Rise of the Robots: Cambridge University announces research centre to study the risk of robots taking over the world