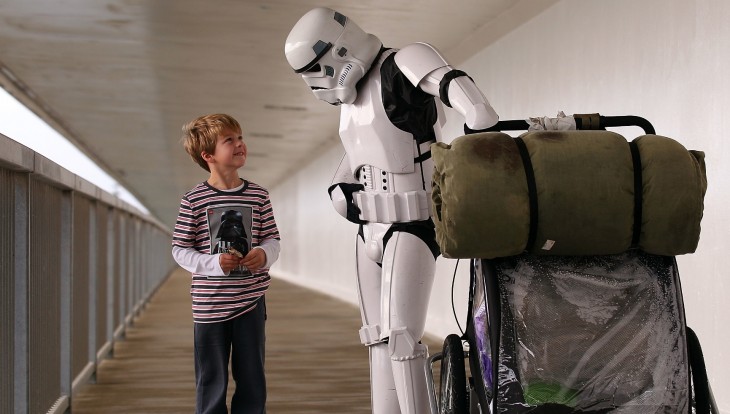 So yeah, if you haven’t heard, Disney bought the Star Wars franchise along with the whole of LucasFilm and a bunch of other subsidiaries. The deal, which netted Lucas $4.5B, most of which he’s donating to education, has a lot of people worried about the future of the franchise.

But this video, from the team of Michael and Paul Clarkson, identical twin writer/directors from the UK and editor Lucy Colgate, has me feeling pretty good. I’m in what seems to be a minority among Star Wars fans in that I think that Disney has a pretty good chance to make sure it lives on well.

Yes, this is a parody, and hopefully a ‘main storyline’ Star Wars movie doesn’t get the musical treatment, but the lampooning of the I’ll make a man out of you song from Mulan is so spot on it makes me want a Disney toon spinoff.

Read next: Peek unveils Perfect Day Builder, enabling you to share tips and ideas of your favorite places