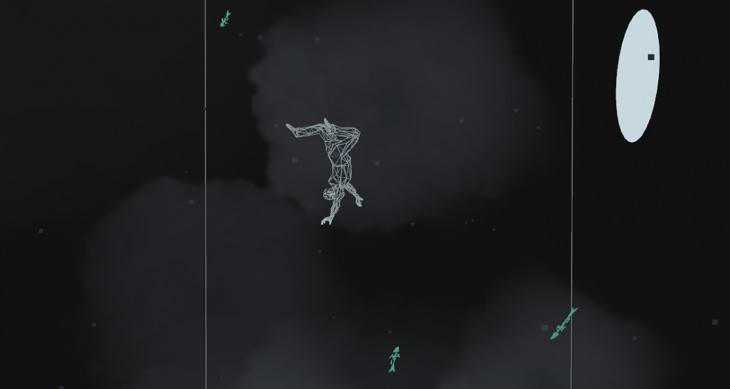 Wrap yourself around this for a few minutes because it’s beautiful. Evan Boehm has made a short film where you can turn the scene around, interact with the characters and follow the tragic story of a fisherman and see the darker side of his journey.

Boehm made the basis of The Carp and the Seagull in about a week in C++ in a workshop and then worked on the rest in WebGL (Web Graphics Library, a JavaScript API for rendering interactive 3D and 2D within any compatible web browser without the use of plug-ins.

There’s a few shots below to give you a flavour but there’s a whole bunch of ways to interact with the story and it’s worth playing again and again.

The film is part of The Creators Project. Launched in 2010, it is an ongoing  global initiative by VICE & Intel, to encourage artists to create with technology.

To date, there are more than 150 Creators involved from all over the world including China, South Korea, America and the UK. Participants include leading artists such as Karen O, Hussein Chalayan, Anish Kapoor, Florence and the Machine, United Visual Artists, Feng Mengbo, Mark Ronson, Jonathan Glazer, Mick Rock, Barney Clay and David Bowie.

London-based Nexus Interactive Arts’, Evan Boehm is already known for creating high-tech installations like Project Runway in New York and The Machine of Truth at this year’s Cannes Lions. Boehm also worked on Call of Duty: Black Ops II as an art director focusing mainly the in-game feel and the cut sequences.

To find out more about how it was made, check out the video below.