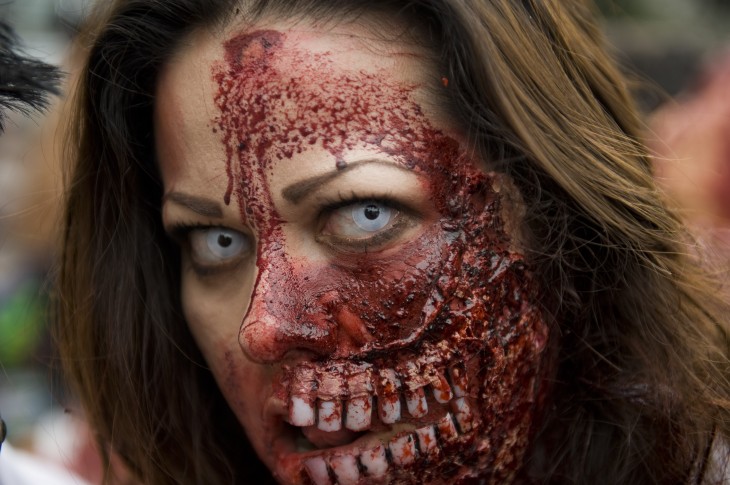 Amazon seems to be worried that a zombie apocalypse is coming to a city near you shortly.

They’ve created a Zombie Apocalypse Supplies page that aims to get you set up and prepared with movies and novels — so you know what you’ll be facing — and gear to keep you safe.

The Brain Protection section offers a range of hardhats (I recommend this one). There are sections for first aid, protective vests, utility belts, fire starters, hunting accessories, fire resistant clothing and so on.

While movies and novels are featured, there’s no section for games. This is a grave oversight. In the event of a zombie apocalypse, surely it pays to have spent countless hours in realistic crisis simulators like Left 4 Dead 2.

This seems to be some kind of promotion for the just-released Call of Duty: Black Ops II (perhaps why the page doesn’t promote other games), judging by the small, easy-to-miss logo on the page. My friend Aaron Osteraas has a more cynical take on it: “Here’s how to cash in on people who can’t kill spiders but think they’d go up against a zombie.”

Regardless of the commercial motivations behind this page, a zombie apocalypse is a very real threat. If you’re not prepared now, don’t complain when you’re left behind later.

Read next: The Senate may resurrect the Cybersecurity Act of 2012 in lame duck, allowing it a second death this year