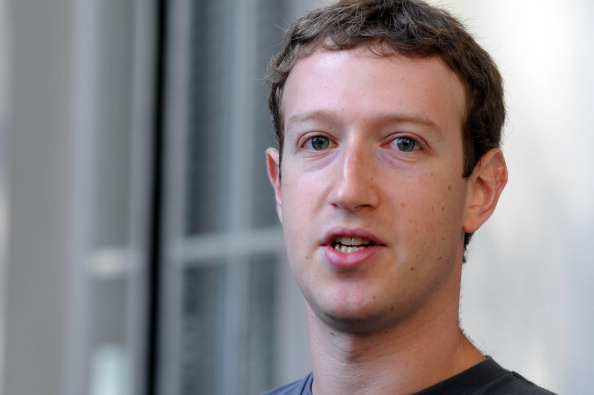 Did you know that Facebook has a mascot? Well, not for the company, but for its entertainment division? It’s a walrus named Mitik and the company’s CEO, Mark Zuckerberg, has just “liked” a page dedicated to this 234-pound mustachioed baby walrus.

According to its Facebook page, Mitik was born in June this year and is a rescued sea animal from the open ocean off the Alaskan coast. He just made his way across the country to his new home at the New York Aquarium. Martha Hiatt , an aquarium worker who accompanied Mitik on his journey, said the walrus seems to be getting along with his neighbors and that he’s “cuddly but scrappy — the perfect New Yorker.”

Mitik has been adopted by the social network’s Entertainment team and today has nearly 5,800 likes to his page. The Assoociated Press said that Mitik has suffered from a number of health issues and will be spending his first month in quarantine before he meets the other walruses.

Zuckerberg’s “like” of Mitik gives the social network’s CEO a total of 153 likes on his Facebook page. Maybe he’s supportive of his company’s efforts to help save the life of an animal in danger, or maybe it’s because he thinks it’s awesome — who knows, but his company has certainly been monitoring Mitik’s journey every step of the way.

Facebook’s CEO has been much more mindful about animals and the ecosystem over the past year. Last year, in a CNN Money interview, Zuckerberg admitted that he would only eat animals he had slaughtered himself. While controversial, this could play a factor in his apparent supportive nature towards animals who need help. With 16 million people subscribed (out of the more than 1 billion users on the network) to his page, Zuckerberg has a platform that he can use to promote causes he believes in — and maybe today’s move is one of them.

Read next: 10 tell-tale signs that your website may need a redesign