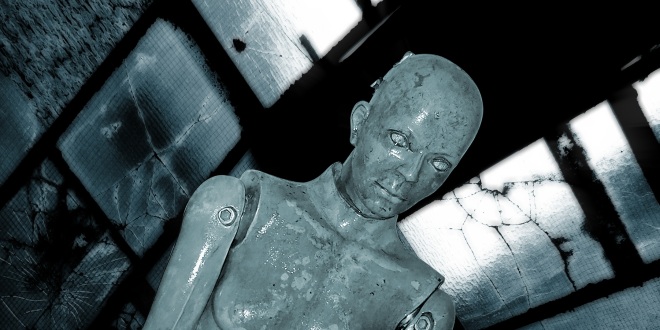 30 years ago, 54-year-old Dianne Ashworth started going blind when she was diagnosed with a hereditary condition: retinitis pigmentosa. A few decades of scientific progress later, and she was implanted with a bionic eye prototype at the Royal Victorian Eye and Ear Hospital in May. Last month, it was switched on after she fully recovered from her surgery. Ashworth hasn’t regained full sight, but for the first time, there’s hope: the Australian now see flashes of light and shapes when researchers deliver electrical pulses to the device.

“I didn’t know what to expect, but all of a sudden, I could see a little flash…it was amazing,” Ashworth said in a statement. “Every time there was stimulation there was a different shape that appeared in front of my eye.”

So, how does it work? A small lead wire extends from the back of the eye to a connector behind the ear, which in turn allows researchers to stimulate the implant in a controlled manner. Feedback from Ashworth will allow researchers to develop a vision processor so that images can be built using the flashes of light. The next stage of development and testing will include an external camera.

The positive result means other patients will be getting the same treatment: two have already had surgery and will have their devices switched on, while three more patients are scheduled to receive implants. This video courtesy of The Telegraph speaks for itself:

The way the device was implanted, and the way the surgery was performed, makes it a huge breakthrough. The Australian prototype was embedded behind, rather than in front, of the retina.

“This is a world first – we implanted a device in this position behind the retina, demonstrating the viability of our approach,” Dr. Penny Allen, the specialist surgeon at the Centre for Eye Research Australia who led the surgical team performing the implant, said in a statement. “Every stage of the procedure was planned and tested, so I felt very confident going into theatre.”

Funding from the Australian government was reportedly critical in the development of the device. The project is a collaboration between Bionic Vision Australia, the Bionics Institute, and the Centre for Eye Research Australia.

There’s still a lot of work to be done. This early prototype consists of a retinal implant with 24 electrodes. Researchers are currently developing and testing a wide-view implant with 98 electrodes and a high acuity implant with 1024 electrodes. Patient tests are already planned for these devices. First though, more data needs to be collected for the current prototype.

“We are working with Ms Ashworth to determine exactly what she sees each time the retina is stimulated using a purpose built laboratory at the Bionics Institute,” Professor Rob Shepherd, Director of the Bionics Institute who led the team in designing, building, and testing the early prototype, said in a statement. “The team is looking for consistency of shapes, brightness, size and location of flashes to determine how the brain interprets this information. Having this unique information will allow us to maximise our technology as it evolves through 2013 and 2014.”

Read next: Adobe to update Photoshop CS 6 with Retina support 'this fall', Lightroom 'when it's ready'