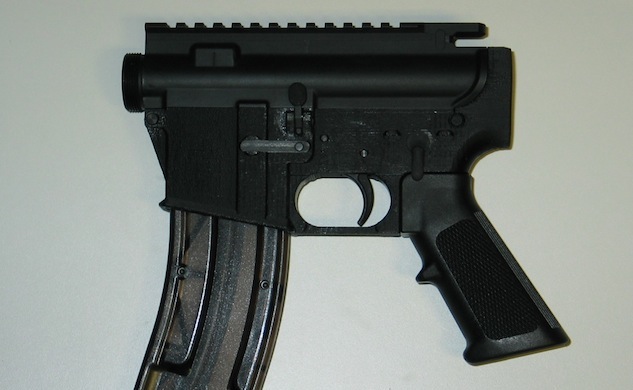 Technology is a lovely thing, but sometimes it scares the bejeezus out of us. This working 3D-printed gun is one such case.

Gun enthusiast “HaveBlue” has documented in a blog post (via the AR15 forums) the process of what appears to be the first test firing of a firearm made with a 3D printer.

Before you go about locking yourself in your closet, you should know that the only printed part of the gun was the lower receiver. But, according to the American Gun Control Act, the receiver is what counts as the firearm.

HaveBlue reportedly used a Stratasys 3D printer to craft the part, assembled it as a .22 pistol and fired more than 200 rounds with it.

The tester then attempted to assemble a rifle with the part and a .223 upper receiver but had “feed and extraction issues.” The problem may not in fact be with the 3D-printed part, though, as the issues remained when a standard aluminum lower was used.

3D printer gun designs have been floating around the Internet for some time now, but HaveBlue seems to be the first to take it to the next level.