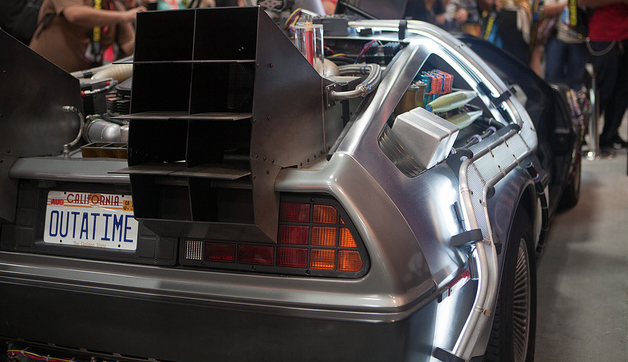 Reminiscent of Google’s awesome but short-lived 2001 search index, Oldtweets is a search engine for the first year of Twitter. In other words, if you’re looking for a time capsule: here it is.

More than anything, it really is fun to look back at our past. This search engine reveals what it was like to tweet back in 2006, and shows off the interests of its users in the form of an entertaining flash back.

This is what I’m talking about:

For anyone interested in the technical side of how it works, here’s the creator’s explanation:

The Twitter API provides a method for fetching a tweet by ID. So to build an index of the first year of Twitter you need call the api for each ID in the range of IDs 1-20,000,000. 20 million API calls at the rate of 150 calls per hour. Or roughly 15 years of elapsed API time to index year one.

It also helps to know that Twitter is, and has always been, a MySQL shop, and that in the early days there was a theory about scaling databases by using large auto-increment offsets. (I don’t remember what the logic of that was) That started about 6 months in, was turned off for a while, and periodically drifted. So good news the 20 million ID space is very sparse, which significantly cuts down on the elapsed API time. You just need to send tracers into the space to map it.

Check it out via the link below and if you find any gems, share them with us in the comments!

Read next: With its IPO imminent, Kayak gets sued by MacroSolve for "mobile information collection" patent infringement