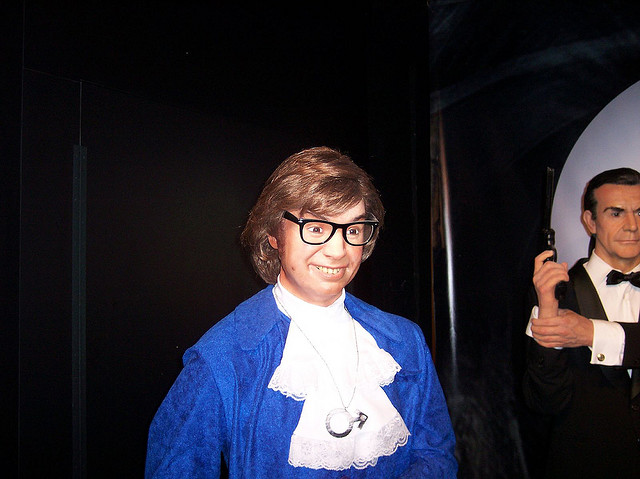 There aren’t many times when Austin Powers movie scenes are recreated in real life, so when you get the chance to share one, you have to grab it with both hands.

This is the case with marine biologist Luke Tipple, who explained to Wired (via Tecca) how he managed to attach a 50-milliwatt green laser to a lemon shark found off the coast of the Bahamas at the end of April.

The idea behind the lasers isn’t to kill International Men of Mystery, instead it’s to help test Tipple’s clamping apparatus (to facilitate the capture of aquatic data) and to confirm whether or not sharks actively avoid laser energy found at specific depths in the ocean.

Marine experts question Tipple’s stunt, but he insists its to help test if his ‘non-invasive’ clamp breaks down over time and eventually falls off the shark’s dorsal fin as per its design.

(And he probably wanted to tell his friends and family he’s finally been able to get “frickin’ laser beams attached to their heads).”

Read next: Mobile Internet to exceed PC access in India by the end of this year