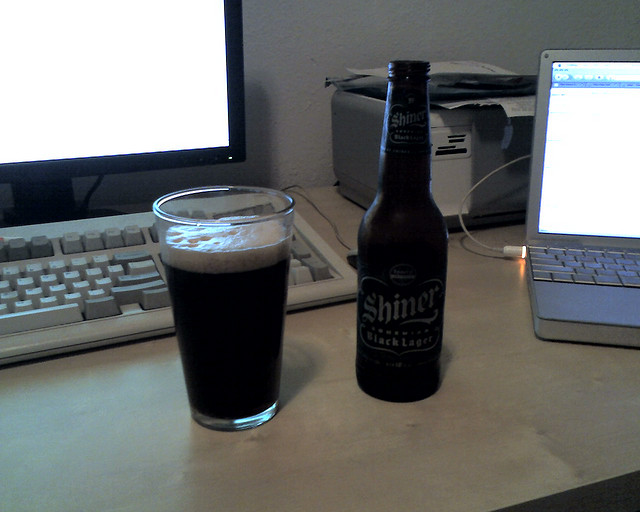 Google works on some of the coolest projects you can think of. Want to wear a virtual digital environment on your face? There’s Project Glass. Want to take a cross country trip without ever touching the gas pedal? There’s the Google self-driving car.

Want beer? Now there’s the KegDroid beer dispensing system thanks to a Googler named Paul Carff. His touch screen kegerator is so genius that we had to show it to you. Google should really think about turning this into a real product, I’d buy one.

The droid’s name is “Betsy”, and she’s a bartender:

Here’s a full introduction to the KegDroid, complete with her history. The thing has “flow sensors”, that’s some geeky stuff right there:

The KegDroid was a fork of a project called KegBot, and you can go make your own!

Read next: Nokia may sell its luxury brand Vertu to a private equity group