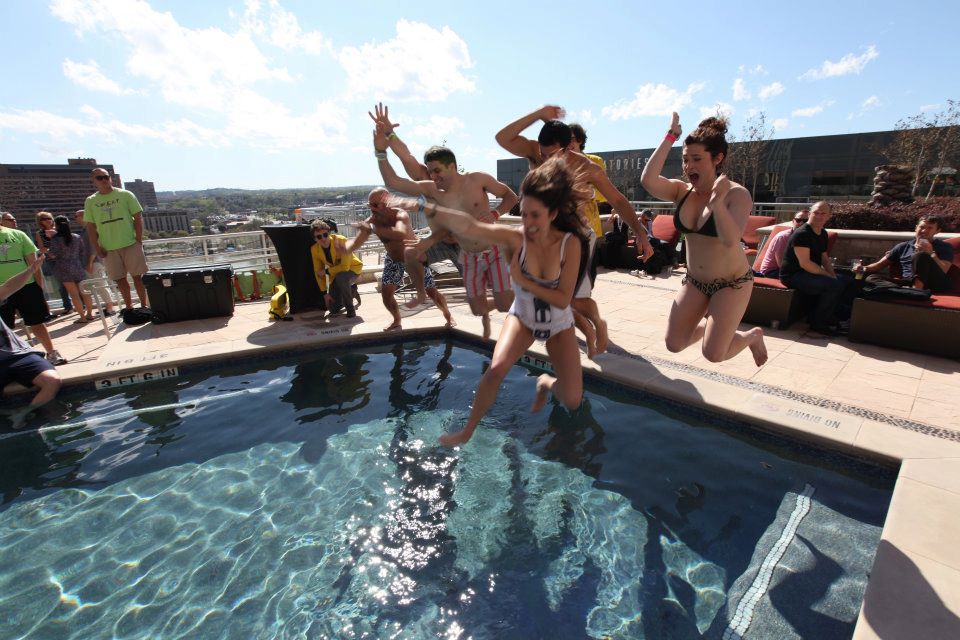 Have you ever wondered who holds the record for the Fastest Time To Recite Hamlet’s “To Be Or Not To Be” Soliloquy While Balancing On A Rola Bola On A Picnic Table And Juggling Knives? Chad Lunders does. How about the Fastest Time To Name All Star Trek TV Episodes In Broadcast Order? Mack Elder. Longest Headspin? This 11-year old girl. Or the most people to karate chop into a pool at once? Yours truly.

RecordSetter, the company that hosts these fantastic records, is this generation’s Guinness World Record. And much like Wikipedia replaced the Encyclopedia Britannica, RecordSetter could render Guinness obsolete.

Confirmed record-breaking events for the day include “Longest Distance to Pull a Car While on Rollerskates” in Rajasthan, India, “Most People Playing Musical Instruments at Once in a Parking Lot” in New Minas, Canada, and “Fastest Time to Set 100 Records” livestreamed from Pennsylvania. Many of those participating are using RecordSetter World Record Day as a vehicle to raise money for a charity of their choice.

In NYC, where RecordSetter is based, the home office will oversee the World’s Largest Rainbow Parade, organized in Dumbo by a local designer named Jessi Arrington. There will be a marching band, dance troupes, and over 500 people of all ages expected. “We’re going to cross the Brooklyn Bridge and have a party at RecordSetter HQ afterwards,” Dan Rollman, the co-founder and CEO told me.

➤ Specifics on all global events can be found here.