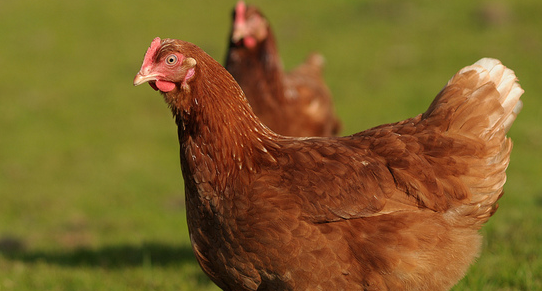 According to reports from Metro, a chicken was just recently born — mammal style — without an egg in Sri Lanka. Yes, traditionally eggs are passed out of a hen‘s body and incubated outside. Somehow though, in this completely wild instance, the egg stayed inside the hen for 21 days before hatching.

As any rudimentary biology class will tell you, this is not what’s supposed to happen. The hen gave birth to the chick, which survived and is reportedly “healthy and fully formed,” sadly though, the mother has died of internal wounds.

You can call it a genetic mutation or even an evolutionary process, but no matter what this is quite miraculous to hear. From PR Yapa, a vet in Welimada:

As Metro notes, “the story has hit headlines across Sri Lanka and proved popular on Twitter with many joking that it solves the age old conundrum of which came first – the chicken or the egg.” Strangely enough, this is one of many recent chicken headlines. Earlier this week a hen in Montana apparently laid what may be the world’s smallest egg, being just larger than a penny.

If you’re starving for more craziness, you can feast your eyes on this bowling-pin shaped egg, a sore chicken that laid a massive 4 inch egg and a record-breaking hen that laid 14 eggs in two hours. Yes, these are real headlines, and yes, today is a Friday.

Read next: The Guardian partners with Blippar to run its first augmented reality app