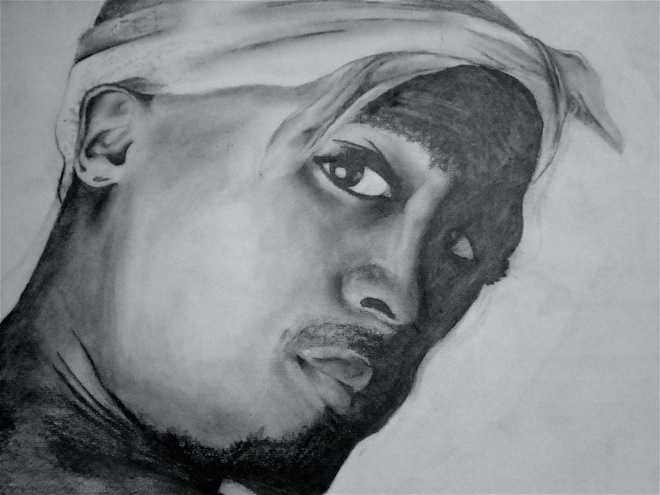 If you were amazed by the fact that the late Tupac Shakur was going to perform at the Coachella festival in hologram form, then you’ll be even more amazed when you actually see it on video.

Mind. Blown. And I wasn’t even there.

That Tupac hologram made it look like Pac had came back from the dead just to perform at Coachella, it looked so real, omg.

According to the folks over on Hacker News, the technology being used here called Musion Eyeliner. which is a modern version of an old illusion trick called Pepper’s Ghost. Wikipedia explains:

“The system works by placing thin metallised film across the front of the stage at angle of 45 degrees towards the audience; recessed below the screen is a bright image supplied by an LED screen or powerful projector. When viewed from the audience’s perspective, the reflected images appear to be on the stage.”

At any rate, it’s one of the coolest things we’ve seen in quite some time and it’s a great way to pay respect to the memory of an incredibly talented artist.

Liked that? You’ll love these:

Think Google’s Project Glass is sci-fi? This developer hacked it together with existing parts

Snoop Dogg experiments with the future of print with smokable songbook