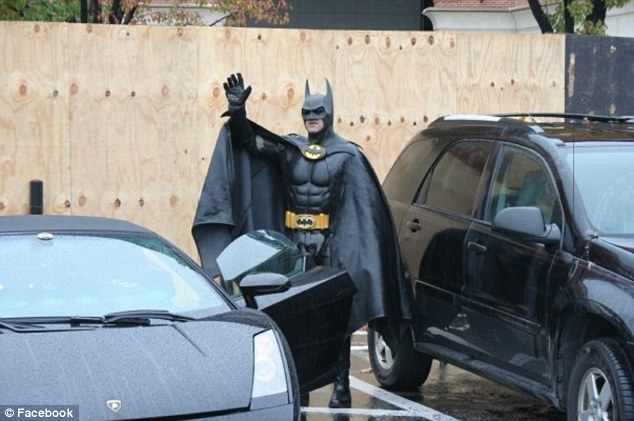 Apparently in Gotham City you don’t need proper tags on your vehicle, as this “Batman” learned when he got pulled over by the police outside of Baltimore, Maryland, which apparently requires it. Lame.

The local superhero, aka Lenny B. Robinson, was on his way to a children’s hospital to bring some happiness, but forgot to make sure that his license plate was affixed to his black Lamborghini. Apparently the caped crusader had a tag with nothing more than the Batman logo on it. The gent had his real plates in the car with him and got himself out of a ticket, according to one of the officers on the scene:

The car was registered, and the man explained that he goes to hospitals and does work with kids (while in costume),’ Capt. Stark explained.

The police department even tweeted about it, which confirms this wasn’t a hoax of super proportions:

Yes, Batman was stopped by MCPD on Wednesday,S/B Route 29 at Prelude Dr. for no tags on Batmobile twitter.com/mcpnews/status…

Luckily, there were other people nearby with camera phones to take shots of the scene.

Why so serious, Maryland?

Read next: Here's why I have absolutely no interest in owning the new iPad