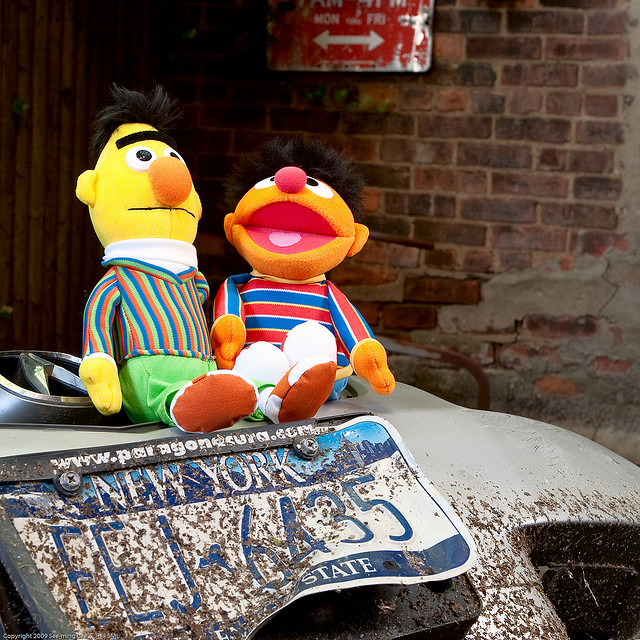 Augmented Reality (AR) is something we hear about once in a while and usually it’s a demo that is supposed to get you excited about an art exhibit or mobile app. Google’s taking that a step further with its “smart glasses“, and the flood gates on AR may open after that.

Rarely have we seen a full-featured AR experience that is cool enough to get the attention of an adult and thorough enough to keep kids busy for more than ten minutes. Sesame Street has successfully done both with its Bert and Ernie Augmented Reality “Playset” that it demoed at CES this year. We haven’t had a chance to see it until now, but man is it cool.

Simply point your iPad at a mat, which is then rendered into a 3D version of Bert and Ernie’s house, and let the fun begin. You will be able to put all types of characters and props into the view of your smartphone or tablet’s camera and the items will come to life. Check out the video below and tell me that you wouldn’t play with this if you had the chance:

The technology behind this product was developed by Qualcomm as part of an augmented reality platform play. There’s no release date for the playset, but if it becomes available for Christmas this year it might just become the big hit of the holiday season.

Read next: Everything Windows Phone from Mobile World Congress