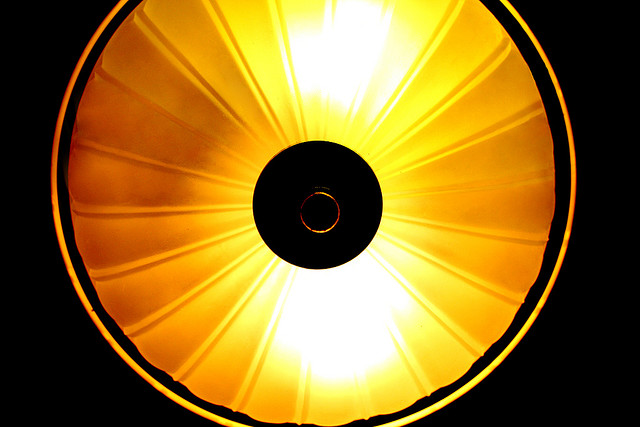 The smartphone is now becoming the hub for everything important in our lives. Social connections, payment systems, and banking are all controlled by our phone. Heck, you can even control your thermostat with an iPhone.

While turning your lights on and off with a computer or app might not be a new idea, one guy made something completely awesome and unique using Android. By swiping around on the app, the lamp responds to it. Also, the orientation of your phone dictates the lighting as well.

The french developer of the unnamed project wrote this about the Android controlled lamp of awesome (this is the translation):

The brightness is changed by a vertical scrolling, the saturation by a horizontal scrolling and color varies with the orientation of the phone. The phone used in the video is a HTC Wildfire S Android 2.3.3. The application works with WiFi or mobile network (provided that the lamp is accessible from a public IP address)

The orientation of the phone is detected by the built-in compass (magnetic field sensor 3-axis) parameters hue, saturation and brightness are converted to RGB and then sent via a TCP connection to the Fox board that controls the lamp.

Check out the demo video:

This guy should turn this into a Kickstarter project and pump these babies out. I’d back the project in a second.

Read next: AT&T may allow Google Wallet on the Galaxy Nexus after all